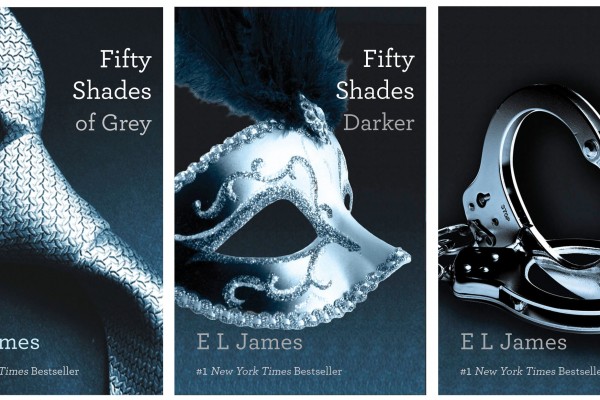 Jonathan Denby, owner of the hotel, told NBC News he felt that in a secular society, it was “wholly inappropriate” to put a religious book in someone’s bedroom. He confessed the novel, which started life as Twilight fan-fiction, wasn’t his first choice of replacement. In fact, he hasn’t even read it. “I was thinking originally of putting in a book by Ayn Rand — Atlas Shrugged was my first thought,” he said, but “because everybody is reading Fifty Shades of Grey, we thought it would be a hospitable thing to do, to have this available for our guests, especially if some of them were a little bit shy about buying it because of its reputation.”

Fifty Shades of Grey traces the relationship between a business magnate and a young college graduate, featuring explicit deceptions of bondage and submissive acts. Since the Damson Dene’s dirty little secret has emerged, the hotel has received dozens of angry emails — not from Britons, but from Americans — demanding that the bibles be restored beside the beds. Writing on his personal blog, Denby revealed that he has been called a “puppet of Satan,” and that several people emailed him “pretending that they were just about to make a booking the Damson Dene, but had changed their mind.”

However, Wayne Bartholomew, manager of the hotel has been quick to point out that, “The Gideon Bible is full of references to sex and violence, although it’s written using more formal language, so James’s book is easier to read.”

Ironically, the previous owners of the hotel were a Methodist group, who were responsible for first putting the bibles in bedrooms.