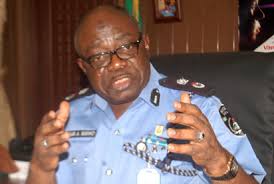 The aftermath of a cult clash that occurred yesterday at the Fadeyi end of Ikorodu Road, Lagos State has left one 30-year-old Premier Lotto agent and another Tunde dead while properties were damaged and scores injured.

The two groups, according to the residents were said to be engaged in a battle for supremacy ahead of the 2015 elections.

Reports made available in Punch Metro revealed that the fight started on Saturday afternoon after some hoodlums staged a protest for the release of their leader, Joel Oloruntoba, aka Toba, who was facing murder charges at a state high court.

Toba’s boys were said to have gone on the rampage, tearing all political posters and banners belonging to the APC.

A source said, “They went on the rampage tearing the posters because they believe that Toba is an APC boy and for the past six months, the party has refused to come to his aid or assist in his release.

“They were shouting, ‘No Toba, no APC, no election’ They were breaking bottles. ”

Another source told our correspondent that by Sunday morning, around 9am, three men belonging to Toheeb’s gang came on a bike and led a raid on Toba’s boys.

“The three men, Aloma, Akeem, aka No case, and Adeyemi, came with some mobile police officers to arrest some Toba boys because of the Saturday disturbance.

“But what surprised everyone was that one of them grabbed the rifle of one of the officers and started shooting. This made people angry and they countered with equal firepower. This disrupted all activities in the area.

Some hoodlums on Akala Street were said to have unleashed terror on some residents, vandalising property and breaking vehicle windscreens.

Some of the hoodlums were also said to have used the opportunity to loot shops and dispossess residents of their valuables.

A septuagenarian, who pleaded anonymity, lamented the growing spate of violence in the area and asked the authorities to mediate in the crisis.

“About 16 policemen were here on Saturday evening when all this started, yet the violence has continued unabated. It is basically a fight between the APC and the PDP thugs and these politicians must sit down and iron out their differences amicably.

“For now, it appears one faction is having the upper hand because the police have also been compromised and that is making the other faction angry, I believe you understand what I mean,” he said.

However, around 7pm, it was learnt that another resident, identified only as Tunde, had been beheaded in a calculated reprisal attack. A source said, “They first riddled his body with bullets before beheading him; they also took his head with them. What we have left here is his stump.”

The Police Public Relations Officer, DSP Kenneth Nwosu, regretted Alasia’s death, adding that the police did all it could to forestall it.

He said, “It was a gang fight that resulted in the death of a man whose identity we have yet to ascertain. The police have been monitoring the activities in the area for the past three days, to ensure no life was lost. But unfortunately, we don’t know how those boys still succeeded in killing that guy. It’s quite unfortunate.