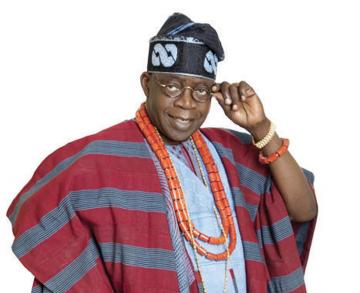 More details are beginning to emerge on how former governor of Kogi State Prince Audu Abubakar emerged as the gubernatorial candidate of the All Progressives Congress (APC) in the party’s primaries that was held yesterday in Lokoja, the Kogi State capital.

The Paradigm had initially published an exclusive story that Prince Audu had stepped down for frontline guber aspirant from Kogi West Barrister Tunde Irukera, but fresh information made available later in the day showed that negotiations broke down between the two major contenders.

As early as yesterday morning, indications had emerged that Prince Audu Abubakar would lose the primaries to either Barrister Irukera or Mr. Yahaya Bello, another major contender.

However, events took a surprising turn when Barrister Irukera announced he was pulling out of the race when he was called to give a two minute address to the delegates shortly before voting commenced.

The Paradigm learnt that though Barrister Irukera was the preferred candidate and had the backing of the Presidency, some overbearing interests within the party who never thought he had a chance initially prevailed on him to withdraw from the race at the last minute after realizing that he would easily coast to victory if allowed to continue. These forces seem to have been working for Prince Audu as Barrister Irukera’s exit freed more votes for Prince Audu in the east and ensured the votes from the west and central were shared amongst the other delegates from those regions.

Watch video of Barrister Tunde Withdrawing from the race here.

At the end of the voting process, Prince Audu Abubakar emerged winner having garnered 1,109 votes to beat his closest rival Mr. Yahaya Bello who had 703 votes.

Mr. Audu is being prosecuted by the anti-graft agency, EFCC, of misappropriating N11 billion of the state’s funds while he was governor between 1999 and 2003.

At the trial of the corruption case on March 4, the EFCC also accused Mr. Audu of ordering one of his aides to assault Haruna Ashade, an EFCC operative, for daring to take his photograph in court