How Many More Innocent Nigerian Lives Must Buratai Sacrifice… 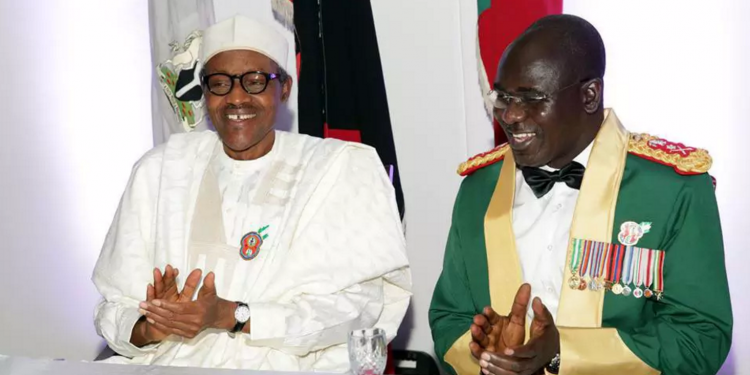 I am not sure at whose altar. The God I know does not demand human blood sacrifices to better the conditions of the people. But since it appears that Buratai is on a contract to make Nigeria ‘better’ for those who will remain – if any – by sacrificing the lives of Nigerians on  a special altar, I am compelled to ask: how many lives is Buratai scheduled to sacrifice to bring about change. Are we there yet?

The recent reports in the media of the brutal crackdown on pro-Biafrans marking the 49th year anniversary of the defunct Biafra republic, were painful but yet even more painfully not surprising. Amnesty international has again expressed its frustration at this latest in a series of atrocities by Nigeria’s new administration.

A report in the Cable highlighted how, with an intention to prevent protests, the army (with the support of the police) acted pre-meditatively at a Church where victims were sleeping ahead of the rally, breaking in and provoking a deadly stampede by firing tear gas upon the unexpecting and unarmed gathering. The report tearfully and chillingly details how no fewer that 40 pro-Biafrans were shot and killed during this event and the day that followed with many shot in the back as they ran.

The report goes further to narrate how in typical style, the army carted away many of the victims’ bodies to ‘prepare for the sacrifice’ and as is trademark, and mass bury to ‘appease the gods of Buratai.’

Anambra state governor Willie Obiano, while unbelievably failing to promise a full investigation and proper address and redress of the atrocities perpetuated on his watch and in his land, has promised –like it is a gift and not an obligation– to pay the bills of the dozens of injured and otherwise maimed.

It will not be the first, second, third, fourth or fifth time that the blood-thirsty, trigger-eager, youth and any listed urban (‘our’)enemy hunting jackals of Buratai will unleash sorrow, tears and blood on the peoples of communities within Nigeria.

The Nigerian army has unconstitutionally usurped the role of the police and become the urban civil authority of Nigeria, with battle trained and civil disobedience untrained machine-gun wielding men in khaki unleashed on society to deal with every instance of disquiet (except for Fulani herder or rather, Libyan herder terror marauding) as if they are instances of battles against Boko Haram in Sambisa.

So we have to ask at this point as Buratai remains at the head of the Nigerian armed forces; and not sacked and investigated: how many more Nigerians are to be sacrificed at the altar of their gods for Nigeria to be delivered?