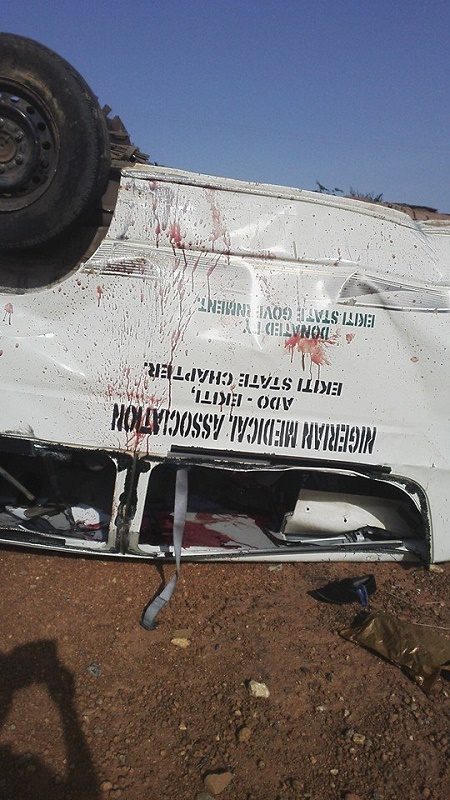 There would have been much fewer deaths in the Nigerian Medical Association Doctors accident that took place on 25th April at Doka, along Abuja –Kaduna road, enroute Sokoto, had the Federal Road Safety FRSC rescue team not delayed requesting “fuel money,” according to witnesses.

Doctors speaking to NewsRescue alleged that this delay at this critical period led to the loss of more of their lives.

A doctor who passed was said to have still been talking and describing how he was feeling week and needed blood. He passed before reaching the hospital. The doctors were infuriated and have composed an official petition against the FRSC for this infraction.

The Kaduna FRSC command had blamed over speeding for the accident, however the doctors alleged that the vehicle they were traveling in had its speed limited and they disagreed with this conclusion.

Speakng for the doctors, MA Chairman, Dr. John Akinbote stated that at about 70 km from Kaduna when they heard a loud noise and realised the rear tyre had burst. This led to them hitting the divide and somersaulting.

The doctors further blamed the FRSC for not having rescue-trained personnel and equipment onboard.