How To Fight Corruption’s Fight Back, by Pius Adesanmi 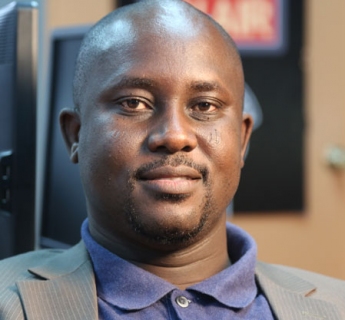 By now, it should be visible to the blind and audible to the deaf (apologies to Patrick Obahiagbon) within the Buhari administration that corruption does not intend to limit her war against the anti-corruption war to the mere deployment of the enormous resources at its disposal. All the guys in the dock have been stealing massively from Nigeria for a very long time so they have limitless financial resources and they are pumping such massively into a well-honed strategy aimed at delegitimizing the anti-corruption war.

Some deploy financial resources in the effort to derail the struggle against corruption while others are more adept at strategizing beyond money. Saraki, for instance, has spared no naira in his massively-funded operations against the anti-corruption war. He has done everything from creating a fake Sahara Reporters to trying to buy every available voice in Nigeria and deploy them in the service of his own counter-narratives.

Ekweremadu for his own part is smarter. He figured he did not need to spend his hard-earned loot in the battle to delegitimize the anti-corruption war when ethnicity is always there to be mobilized for free in Nigeria. So he appeared in full Igbo regalia at the beginning of his legal chastisement for corruption. The symbolic undertone of what Ekweremadu is doing is clear: Ndiigbo, behold the persecution of your son by em… em… a Fulani cattle owner from Daura.

The ethnicist narrative that Ekweremadu is trying to frame with his symbolic regalia will be no respecter of the facts of his case: did you forge documents or not? Are you corrupt or not? He is mobilizing powerful sentiments that could render such considerations moot. If it works for Ekweremadu, don’t be surprised to see Femi Fani-Kayode in full Yoruba regalia in his next court date.

When Saraki mobilizes cash and Ekweremadu mobilizes his ethnicity to delegitimize the anti-corruption war, it must be borne in mind that they are the crude outer layer of a delegitimizing agenda which boasts sophisticated ideological and intellectual servicing. What Ekweremadu and Saraki are doing crudely to the anti-corruption war is being done in a more refined way by puritanical ideologues for whom no armed robber must be queried unless every armed robber is queried. No anti-corruption war can be legitimate if it starts somewhere and sometime. It must start everywhere since 1914 to be acceptable.

When your anti-corruption war has both crude and refined enemies; when caterwauling hordes aided by sophisticated doctrinaires are delegitimizing the current effort and the only solution they offer is inertia rooted in the philosophy that nothing must be done about anything until you do all things about everything at once, you want to make sure that you do not help them in their bid to ensure the death of Nigeria. For what we are witnessing here is a situation in which three gun men are shooting at Nigeria and some among those who are being shot at by the three gun men are wailing that nothing should be done to stop any of the gun men unless all three can be stopped at once.

President Buhari is the man who believes that if one of the three gun men can be stopped, it’s a beginning. It’s a step in the right direction. I share and support this belief and that is why nobody who truly loves Nigeria should pay any attention to those who insist that they will bring down the roof unless we start with everybody from 1914. That is their funeral.

However, that is where my shared point of view with the President ends. I find it ironic that President Buhari also plays the role of the greatest enabler of the enemies and detractors of the anti-corruption war. You can fight corruption’s fight back by consistently broadening the moral and ethical bases of your own position. That way, your own bar is consistently above the heads of the caterwauling enemies of the anti-corruption war.

For instance, there is such a thing as asking for the resignation of people serving at your pleasure once they are tainted by corruption allegations and their service becomes untenable. I have no idea what Abba Kyari, Godwin Emefiele, Babatunde Fowler, and Yusuf Buratai are still doing on the job at President’s Buhari’s pleasure. Why is understanding that the position of these men has become untenable rocket science for the President? You do not ask for these men’s resignation because anybody is screaming. You do it because it is the right thing to do.

As usual, there are some among President Buhari’s supporters who have been squeezing water out of stone to mobilize rationalizations for Buratai. I have only one thing to say to such people: go and apologize to Ibrahim Badamasi Babangida. After ruling Nigeria for eight years, he built an extravagant hilltop mansion in Minna. We have spent more than two decades calculating everything Babangida could have earned legitimately in his entire military career.

We have always claimed that even if he saved every kobo he earned for more than thirty years in the Army, Babangida would still not have been able to afford the Minna mansion. Somebody ruled Nigeria for eight years, you say he cannot afford a house in Minna. Somebody has been Chief of Army Staff for a couple of months and has been buying up Dubai and you have suddenly become experts of his financial saving dexterity. Go and apologize to Babangida. While you are apologizing, President Buhari should do the needful by asking for the man’s resignation.

If President Buhari believes that there is strength or virtue in building a Trumpian wall of silence around the growing list of tainted characters serving at his pleasure, he is being advised wrongly or he is advising himself wrongly. Take the case of campaign funds. In one of my earliest Facebook updates after President Buhari’s election, I said that one of the ways in which he could concretely define change was for him to become the first President to ever transparently retire campaign funds in Nigeria’s history. In Nigeria, nobody retires campaign funds. You just appropriate funds and resources after election. No account is ever given.

President Buhari’s campaign funds were never retired. In the US, you retire your campaign funds and everything is public. If you are in the red, you start paying your debts. When Chris Christie left the presidential race, he retired his campaign funds. He was in the red. Donald Trump had to help him with a fundraiser. Campaign funds are not your money. They have no business in your personal account. Instead of retiring the President’s campaign funds, what we got was a bizarre and irritatingly arrogant statement from Chief Odigie Oyegun to the extent that APC is under no obligation to retire her campaign funds because she was not the party in power at the time of the election!! In the Chief’s kwashiokored reasoning, only PDP should retire campaign funds! I issued another public statement condemning Chief Oyegun’s unbelievable infantilism.

When those who should set a national example of change by retiring their own campaign funds – thereby strengthening the hands of the anti-corruption war – are busy talking nonsense and hiding behind a finger, is it any surprise that caterwaulers whose heroes are Ayo Fayose, Femi Fani-Kayode, Olisa Metuh, Buruji Kashamu, Dasuki, and Musiliu Obanikoro are strutting around like peacocks, believing that they have earned a say in anything? Who is Fayose if President Buhari and Vice President Osinbajo had done the right thing by retiring their own campaign funds immediately after the election?

I encourage the President to stay focused on the anti-corruption lane. I also encourage him to understand the fact that there is an imperative to continuously broaden the ethical bases. That is the only way to cut off oxygen supply to the enemies of the war.

See The Man Daesh Fears The Most: ...