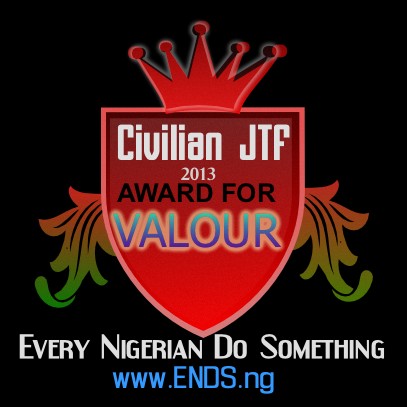 MAIDUGURI — A member of Boko Haram Islamist sect shocked the people of Ngomari Airport Ward ‘Bakin Borehole’ area in Maiduguri, Borno State capital, when he confessed to have killed 23 people in two days, including a village head and Police officers in the area.

The Boko Haram member, who was arrested Tuesday evening, was said to have rented a room in the area about a year ago.

A resident of Ngomari, who pleaded anonymity, told newsmen yesterday in Maiduguri that the sect member was arrested wearing a jeans trouser and vest at a borehole, where he went to fetch water.

According to him, the sect member who was arrested by vigilante youths, called ‘Civilian JTF’ was a resident of Gwange, a stronghold of the sect.

He said the arrest was made possible when the youths went looking for him and arrested his younger brother, who took them to Ngomari where the suspect had been hiding.

The resident said: “We were shocked when we heard that Civilian JTF came and arrested a sect member in our area. We never imagined we could have somebody like that in our area because we have been living peacefully.

“We were most shocked when the sect member confessed that he killed 23 people in two days. That is horrible and unimaginable but a reality.”

He added that while members of the youth group were beating the arrested sect member, they also asked him of one Idris Musa, who they believed was one of the sect members.

Meanwhile, over 50 detained members of the sect have appealed to Federal Government to give them a second chance as they were ready to assist the government in bringing the crisis to an end.

The sect members made the appeal when the presidential committee on dialogue and peaceful resolution of security challenges in the North visited one of the detention centres in Maiduguri on Tuesday.

One of the detainees, Adam Konto, introduced himself to the chairman of the committee, Kabir Turaki as the Amir (Commander) of the Bayan quarters, one of Boko Haram’s stronghold in Maiduguri.

He said he was speaking on behalf of the other detained members of the sect and that they would not take up arms against the government again.

Konto said: “We pledge to assist the authorities if given a second chance as most of us were brainwashed and recruited into the sect and given instructions to carry out dastardly acts without our full understanding of what we were doing.”

Another detainee, who identified himself as Babagana Saje, said that he was ready to denounce the sect and that the Police should be commended for keeping them alive.

He said: “The police have been treating us fine. We have been allowed to take our bath and have been well fed.”

Chairman of the presidential committee, however, promised the detainees that their cases would be looked into.

He said: “If you are sincere with this information we have gathered, we will bring you into the proposed amnesty agenda.”