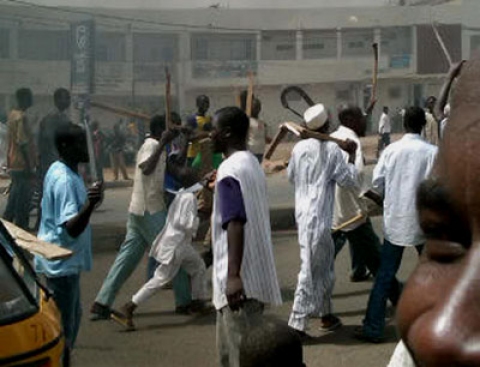 I pity my country not because the challenges are insurmountable, I pity the country because avoidable war fronts are being waged from different parts of the country. Boko Haram in North East, Shia massacre and their ongoing persecution in the North West; Biafra agitation in the South East and militants in Niger Delta all under a president who pledged to restore stability to the country.

I pity my country not because we, the citizens have gone off on an inconsequential tangent, but because many a Buhari’s staunchest supporter is too intolerant of criticising Buhari to the extent that he regards any Buhari’s critic as a betrayer no matter how infinitesimal and constructive the criticism may seem. I

pity Nigeria, the land I work too hard to build, because its incumbent leader is dragging our country to the Middle East politics by joining Saudi Arabia’s led counter-terrorim network without taking into cognizance the homogeneity of the Nigerian people.

I pity Nigeria because our president is busy gallivanting all over the world, frittering away our money on unnecessary junkets, and trying to use his prestige to deluge the world powers that Nigeria is changing.

I pity Nigeria because my president, an anti-courruption crusader, has resorted to lies, deceits and double-standards. He told the world that he would defeat Boko Haram before the end of December only to claim that the militants are technically defeated even though the insurgents continue to launch more deadly attacks while the soldiers are only interested in massacring unarmed civilians.

I pity my country because my president has told the world that he would not respect judiciary, accusing it of not siding with him in stifling dissents and old foes. He defended Fulani herdsmen who are well armed with assorted weapons of sophisticated calibres that their terrorist activities are borne out of marginalisation even though their campaign has gone so far as kidnapping a high profile statesman in Yoruba land.

I pity Nigeria because the military that is solely created to protect us is busy killing us in thousands, and the dictator-turned democrat in chief, has maintained his usual silence following the reinstatement of an army officer who was accused of massacring more than 8000 detainees in Maiduguri.

I pity Nigeria, because the president who is known for fighting corruption with iron fists is embroidered in a corruption saga, sending a budget to the Senate that contains various loopholes which make it easy for his aides to loot billions.

As the hopes continue to fade, the ongoing adversity is adding credence to my latent premonition that my country may never be the same again.