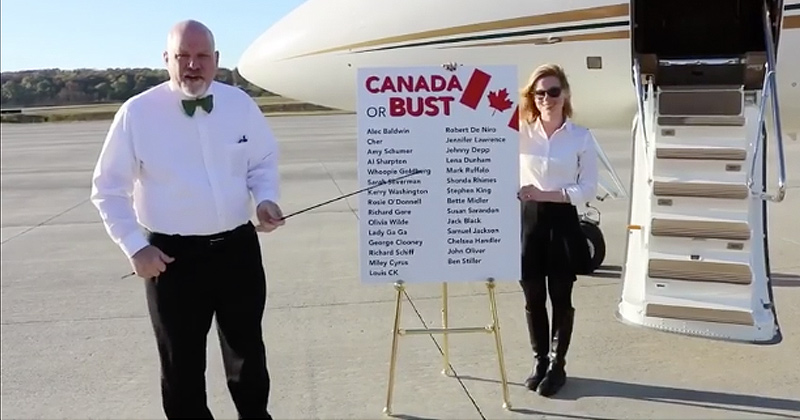 The truth is, Wole Soyinka was no different and actually quite worse than T. B. Joshua, who predicted a Hillary Clinton win; and this is why he wagered on ripping his Green card in the advent of a Trump electoral victory.

I read with pain and embarrassment Wole’s epistle on why he will not yet be tearing–with garden shears or any other tool– his Green card, and why he “rejected” offers to live in other countries. I have come to recognize over the years, that the longer an explanation the shorter its truth.

With due respect, I am not sure any Nigerian is really interested in Professor Soyinka’s history of asylum rejections. It’s rather telling that he wrote all that to explain his delay in exiting America to Nigeria’s internet crowd who he disregards as collectively dumb.

Our request was simple: you promised to rip it, rip it. For some US celebrities who likewise bet on a Hillary win, Airlines are actually offering free tickets to Canada to assist them fulfill their exit promise. I offer Wole the same. But please go somewhere other than my Nigeria.

Where do I start? Is the fact that Wole Soyinka who suddenly claims he has high moral and ethical standards, too clean to be soiled in Trumpland, is the founder of a notorious confraternity in Nigeria not enough reason to call his charade?

Does the serially married and serially divorced compulsive womanizer, Wole Soyinka brag of a better attitude to women?

And then on Trump’s caution towards letting in Muslims from trouble nations, is Wole Soyinka’s references to Muslims and people of the religions as a whole in favour of “humanists” in any way better?  Is it not the same Wole that believes that the right of Muslim students to wear a veil (as allowed in the US) is the mixing of religion and academia and leads to “religious clashes of increasing savagery,” as I had to discount in my article, “It’s not too late for Wole Soyinka to repent?” Is it not the same Wole who describes the norms of Islamic culture as “Boko Haramism?”, again, inspiring my immediate rebuttal.

Whereas Donald Trump promised a temporary ban on Muslims from suspect nations, “till America understands what is going on; Wole’s vocal stances on Islam and religion as a whole have been more repulsive and more permanent, with his declaration of the religions as things to be interdicted. So who is worse?

Again, and perhaps more incommodious and reeking of hypocrisy, is Wole’s front to Oxford students and again  to “THE INTERVIEW” that he will exit USA because of Trump but not because of Hillary Rodham Clinton or Obama. Indeed why is Trump in the US with Obama in charge? Does he not see and regard the violations of these synchronous-legacy democrats as reason enough to leave?

Hillary called blacks Super predators. I guess that is a title Wole Soyinka is proud to wear. I guess Wole is more comfortable living in an America run by Hillary who insulted the electoral college majority who voted for Trump as “deplorables.” The problem is obvious: will Trump have remained in a country so-filled of deplorables if Hillary’s words were accurate and if not, why did he not likewise promise to shear his Green card for Hillary’s “NASTY” and epithetical, fustian traducement, if they are not?

It is indeed a pity that Wole Soyinka sees nothing wrong with the Obama-Hillary destruction of Africa’s most prosperous nation, Libya, with the murder of Gaddafi and Hillary’s infamous, “we came, we saw, he died,” crow. Does Wole like Muslims? If so, then why does he stay in an Obama-Hillary USA that watched as just 800 Daesh terrorists in Obama cum Hillary-provided 2300 Humvees overran Mosul when they could easily have pounded them from the skies then and there if they cared. But they – your preferred leaders – rather watched the Muslim world go up in flames and produced the great Arab migration. Are actions not worse than words? Has he asked Muslims in the Arab world who they prefer? I guess Soyinka prefers candidates whose foundations receive million dollar gifts from repressive and terror-linked monarchs to influence US policies that allow and enable extremist sectarian agendas to burn the Middle east. And Nigeria… I bet smart Soyinka does not know how his Hillary is implicated in refusing to label Boko Haram a terror organisation thereby facilitating the reign of terror, until Nigerian Muslim groups declared Shekau wanted and the US was forced to change its accommodating position.

Talking about so-called “ultra-nationalist” and “exclusion” politics, does Prof. Soyinka deny Obama campaigned on a “vote for a black man” podium; and that Hillary pushed a sexist campaign? And as regards protests for Bernie Sanders. Eku oh. Did Bernie, rigged out by the DNC not support the candidacy of Hillary Clinton? So much for him and those sorry-loser pro-Bernie protests you console yourself in. You definitely do not belong in America and if you don’t leave, we pray Donald Trump revokes your status and sends you on your way in a bus load of criminal illegal aliens. Or as you may prefer, going by your antecedents, it is also possible to do the Okada-ride, through the Arizona-Mexican border.