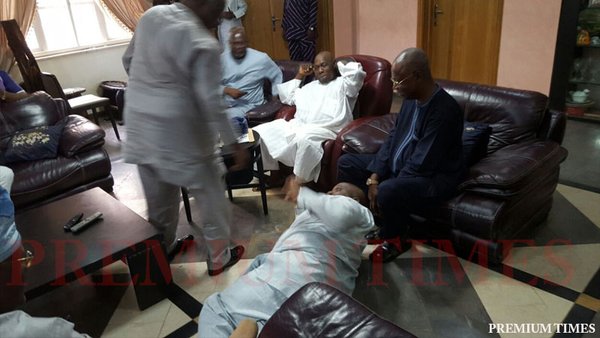 Doyin Okupe wrote on FaceBook as his shameless images emerged:

Last sunday , in the company of some friends I met with Baba Obasanjo principally to try and settle and resolve the misunderstanding that has existed between Baba and I since I joined the Jonathan’s Administration.

Vintage Baba, he descended on me heavily and vented his anger copiously.

I prostrated and held his feet as a well trained Yoruba man and pleaded earnestly for his forgiveness, occasionally given short explanations for areas I considered my actions were misunderstood.
Also typical of Baba, ever willing to forgive a repentant son, we embraced, I even kissed him as a loving son.

Politics sometimes is such a bad business, u hurt your friends and even benefactors, but its all that is well that ends well. 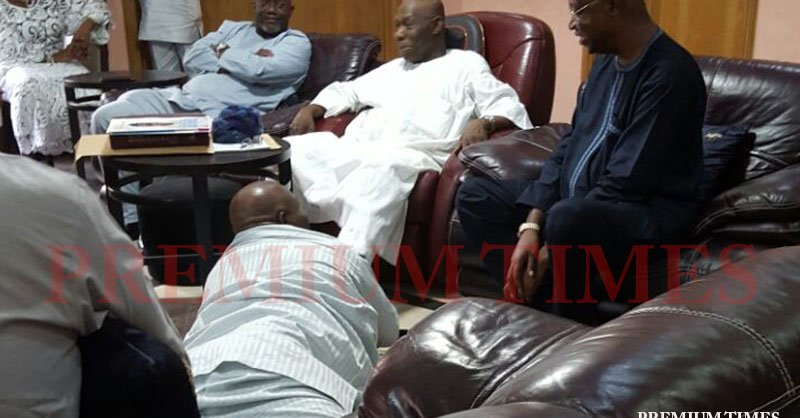