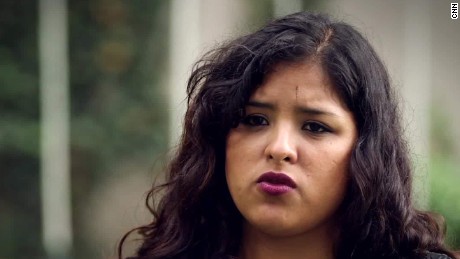 (CNN) Karla Jacinto is sitting in a serene garden. She looks at the ordinary sights of flowers and can hear people beyond the garden walls, walking and talking in Mexico City.

She looks straight into my eyes, her voice cracking slightly, as she tells me the number she wants me to remember — 43,200.

By her own estimate, 43,200 is the number of times she was raped after falling into the hands of human traffickers.

Her story highlights the brutal realities of human trafficking in Mexico and the United States, an underworld that has destroyed the lives of tens of thousands of Mexican girls like Karla.

Human trafficking has become a trade so lucrative and prevalent, that it knows no borders and links towns in central Mexico with cities like Atlanta and New York.

U.S. and Mexican officials both point to a town in central Mexico that for years has been a major source of human trafficking rings and a place where victims are taken before being eventually forced into prostitution. The town is called Tenancingo.

Even though it has a population of about 13,000 it has an oversized reputation when it comes to prostitution and pimping, says Susan Coppedge, who is now the U.S. State Department’s Ambassador at Large to Combat Human trafficking, and previously worked at the U.S. Attorney’s office in Atlanta.

“That’s what the town does. That is their industry,” Coppedge says. “And yet in smaller, rural communities the young girls don’t have any idea that this is what the town’s reputation is, so they are not suspicious of the men who come from there. They think they have got a great future with this person. They think they love and it is the same story of recruitment every time.”

Mistreated from the age of 5

Karla says she was abused for as long as she can remember and felt rejected by her mother. “I came from a dysfunctional family. I was sexually abused and mistreated from the age of 5 by a relative,’ she says.

When she was 12 she was targeted by a trafficker who lured her away using kind words and a fast car.

She says she was waiting for some friends near a subway station in Mexico City, when a little boy selling sweets came up to her, telling her somebody was sending her a piece of candy as a gift.

Five minutes later, Karla says, an older man was talking to her, telling her that he was a used car salesman.

The initial awkwardness disappeared as soon as the man started telling her that he was also abused as a boy. He was also very affectionate and quite a gentleman, she says.

They exchanged phone numbers and when he called a week later, Karla says she got excited. He asked her to go on a trip to nearby Puebla with him and dazzled her by showing up driving a bright red Firebird Trans Am.

“When I saw the car I couldn’t believe it. I was very impressed by such a big car. It was exciting for me. He asked me to get in the car to go places,” she says. 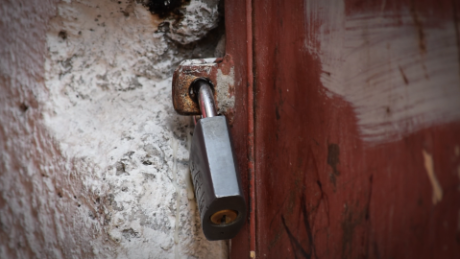 It didn’t take long for the man, who at 22 was 10 years older than Karla, to convince her to leave with him, especially after Karla’s mother didn’t open the door one night when she came home a little too late.

“The following day I left with him. I lived with him for three months during which he treated me very well. He loved on me, he bought me clothes, gave me attention, bought me shoes, flowers, chocolates, everything was beautiful,” Karla says.

But there were red flags everywhere also.

Karla says her boyfriend would leave her by herself for a week in their apartment. His cousins would show up with new girls every week. When she finally mustered the courage to ask what business they were in, he told her the truth. “They’re pimps,” he said.

“A few days later he started telling me everything I had to do; the positions, how much I need to charge, the things I had to do with the client and for how long, how I was to treat them and how I had to talk to them so that they would give me more money,” Karla says.

Opinion: How human trafficking victims can fight back

It was the beginning of four years of hell. The first time she was forced to work as a prostitute she was taken to Guadalajara, one of Mexico’s largest cities.

“I started at 10 a.m. and finished at midnight. We were in Guadalajara for a week. Do the math. Twenty per day for a week. Some men would laugh at me because I was crying. I had to close my eyes so that that I wouldn’t see what they were doing to me, so that I wouldn’t feel anything,” Karla says.

There would be several other cities. She would be sent to brothels, roadside motels, streets known for prostitution and even homes. There were no holidays or days off, and after the first few days, she was made to see at least 30 customers a day, seven days a week.

Karla tells how she was attacked by her trafficker after a john gave her a hickey. “He started beating me with a chain in all of my body. He punched me with his fists, he kicked me, pulled my hair, spit at me in the face, and that day was when he also burned me with the iron. I told him I wanted to leave and he was accusing me of falling in love with a customer. He told me I like being a whore.”

And then came a child…

One day, when she was working at a hotel known for prostitution, police showed up. They kicked out of all of the customers, Karla says, and shut down the hotel. She thought it was her lucky day — a police operation to rescue her and the other girls.

Her relief turned quickly to horror when the officers, about 30 she says, took the girls to several rooms and started shooting video of them in compromising positions. The girls were told the videos would be sent to their families if they didn’t do everything they asked.

In her nightmare world even a pregnancy was cause for horror not joy.

Karla gave birth at 15 to a girl — a baby fathered by the pimp who would use the daughter to tighten the noose around her neck: if she didn’t fulfill his every wish, he would either harm or kill the baby.

He took the baby away from her a month after the baby was born, and she was not allowed to see her again until the girl was more than a year old.

Karla Jacinto was finally rescued in 2008 during an anti-trafficking operation in Mexico City.

Her ordeal lasted four very long and tormenting years. She was still a minor, only 16, when it ended — but she has endured a lifetime of horror that will stay with her as long as she lives.

CNN independently verified portions of Karla’s story. We have spoken with the United Against Human Trafficking group she was referred to after being rescued, and to senior officials at Road to Home, a shelter where Karla lived for one year after her rescue. Due to the clandestine nature of the human trafficking business, corroborating everything Karla told us is not possible.

Opinion: The myth of child prostitution

‘Take the blindfold off your eyes’

Karla is now 23 years old. She has become an outspoken advocate against human trafficking, telling her story at conferences and public events.

She told her story to Pope Francis in July at the Vatican. She also told the U.S. Congress in May.

Her testimony was used as evidence in support for H.R. 515 or Megan’s Law that mandates U.S. authorities share information pertaining to American child sex offenders when these convicts attempt to travel abroad.

Her message is that human trafficking and forced prostitution still happens and is a growing problem in our world.

Karla says: “These minors are being abducted, lured, and yanked away from their families. Don’t just listen to me. You need to learn about what happened to me and take the blindfold off your eyes.”

Doing nothing, she says, puts countless girls at risk of being trafficked for years and raped tens of thousands of times, just like she was.