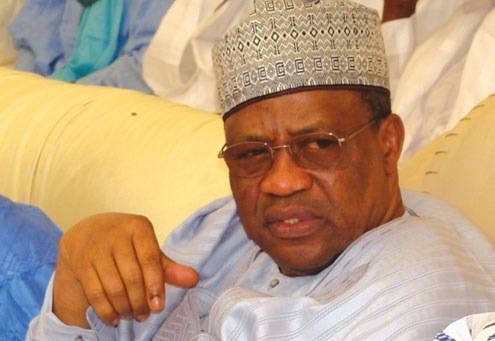 This letter is a recycle of IBB’s message to Jonathan in 2011, seen on Vanguard

Former Nigerian Head of State, General Ibrahim Badamasi Babangida today released a statement through his media aide, Kassim Afegbua more or less advising the President to see things a bit differently especially beyond what his aides tell him.

The statement reads: “The happenings in the country in recent times call for worry if we must be sincere with ourselves. Every day, the nation is treated with one form of political issue or the other. From security challenges to economic challenges, Nigerians are asking several questions that deserve responses from government at the various levels. Democracy is when it is a people-driven government with its fundamental principles of freedom of expression, freedom of association, rule of law, accountability, probity and equal representation amongst others.

“I will like to advise President Goodluck Jonathan to tread cautiously so that those sycophants in, and out of government will not derail his focus, resilience and perseverance. He needs all the comportment, resilience, perseverance, introspection and determination to be able to take the right decisions for the good of the country. The arrest and release of Mallam Nasir El-Rufai is a deliberate distraction which the President must run away from.

“He must avoid gambling with decisions and he must be willing to seek a third opinion on issues before he takes his decision. President Goodluck Jonathan must understand that there is a whole body of people out there who are not happy with happenings in the country. It is his responsibility as President of the country to reach out to them and make his mission understandable to the common man on the street so that they can buy into his government.

“If his body of advisers do not understand the temperament in the country and decide to embark on arresting and releasing people on very questionable allegations, they will be making enemies for the President instead of friends. The prerogative is that of the President and no one else.

“President Jonathan should as a matter of responsibility listens to voices of the opposition and or dissent, as he stands to gain experience and knowledge from their well-informed criticisms rather than build hostilities around them. He has to ensure that he minimizes and maximizes his discretionary powers in a manner that will not be subject of abuse.

“President Goodluck Jonathan must sit back, collect himself and carry out a critical self-appraisal before he takes his decisions. He is aware without mention, that the country is presently faced with several developmental challenges.

“Also, security agencies must avoid getting involved in political issues. Modern day security has evolved to a point where you do not require seeing gun-wielding Policemen on the streets. The ability to collate information and analyse same in a proactive manner will help improve the security situation in the country. We must carry out moral healing as well as political healing in the land.
“The President must make it a point of duty to reach out to people, groups and individuals with the sole purpose of selling his presidency. It is becoming instructive that the concept of winner-takes-all which has pervaded the system for so long may not flourish as such again.”