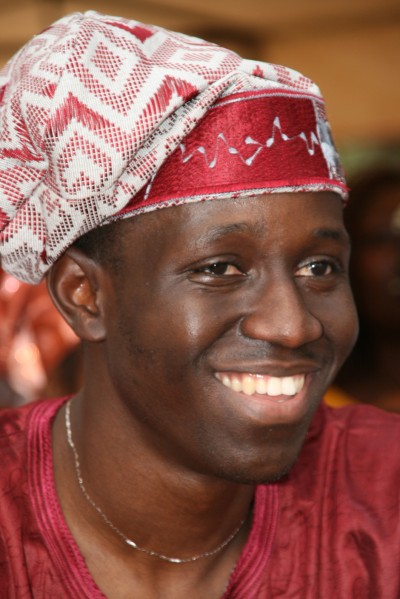 However… this APC… this Armored Personnel Carrier meant to provide some safety, some comfort, some hope, and light at the end of the tunnel to Nigeria is broken. This APC my brothers and sisters – is faulty.

I happen to have a lot of military friends who are young officers with almost no clue of what civilian life is about. From Army Children’s Schools to Military Secondary Schools to the Nigerian Defense Academy. To them when you say APC – their instinct clicks and they think Armored Personnel Carrier. An Armored Personnel Carrier is a fighting vehicle built to transport military fighters (usually infantry soldiers) around battle areas. The military APCs are built for self-defense and to protect soldiers from shrapnel and small arms fire. Basically the APC is meant to move soldiers around the battle field safely. This is why when the Action Congress of Nigeria merged with other “progressive” political parties to form the APC (All Progressives Congress) I did not think the APC acronym was a coincidence, I indeed believed we were in the process of providing a safe transport vehicle to take Nigerians to the Promised Land.

However… this APC… this Armored Personnel Carrier meant to provide some safety, some comfort, some hope, and light at the end of the tunnel to Nigeria is broken. This APC my brothers and sisters – is faulty. This APC cannot work as it currently stands, this APC cannot protect as it currently stands. This APC – if indeed it seeks to get the attention of Nigerians, if indeed it is serious about moving this nation forward – this APC must be fixed.

The PDP has been in power for the full 15 years of our Independence and we have nothing to show for it. We have no power, bad roads, insecurity is at an unprecedented level, corruption is at an all-time high with billions getting missing daily and nothing being done about it. We were promised a breath of fresh air… what we’ve gotten is a silly foul smell of corruption in the highest places. At this point we have a president who boldly told the nation that “stealing is not corruption”. We have a president that said “he doesn’t give a damn” when asked about declaring assets on national TV. This nation is practically on its knees. We were promised a “transformation agenda” but the only thing that has been transformed in this nation is individual bank accounts.

So you see… you see why we need an APC, this is why we need a functional APC to take us to the Promised Land. This is why we need to fix this APC. This is why the APC needs to realize that you cannot run a party like the party of old and expect people to take you serious. Nigerians yearn for change. Ekiti was a lesson for APC, a lesson that Nigerians cannot be taken for granted. A lesson that ‘perception’ wins over reality. The current perception of Nigerians of the APC is that the party is no different from the PDP, the party is elitist, the party lacks internal democracy, and the party is not youth friendly. The APC needs to start fighting these perceptions, not just with words but with actions. The way the party has been run in recent times lends credence to many of these perceptions.

The APC must be different and it must be seen to be different. The APC must start to respect the youth and give them the stage to make their contributions. On February 14th 2015 it will not be a battle of “competence”, it will be a battle of perceptions. Fixing roads, fixing education and building physical infrastructure alone will not win you an election if the people have a wrong perception of what you stand for, if the people’s perception is that you are just another party. In 2011 Nigerians voted for a perception, they voted for the perception that a man had no shoes, the perception that if a man without shoes can be president then they can be president someday. Nigerians did not vote for competence in 2011 and in 2015 it wouldn’t be about competence, it will be about perception.  If this APC is not fixed, then we can start now to say “welcome to another 4 years of PDP misrule and mismanagement”.

Ife Adebayo is an IT Consultant with work experience in Germany, United Kingdom and Nigeria. He currently runs his own IT firm in Lagos, Nigeria. He is an ardent believer in the Nigerian project and encourages all Nigerians to become actively involved in making Nigeria a better place.

Ife is a registered member of the Action Congress of Nigeria, Epe Local Government, Lagos State. He was an active member of the UK branch of the party, holding the post of Youth Leader for the year 2010/2011.