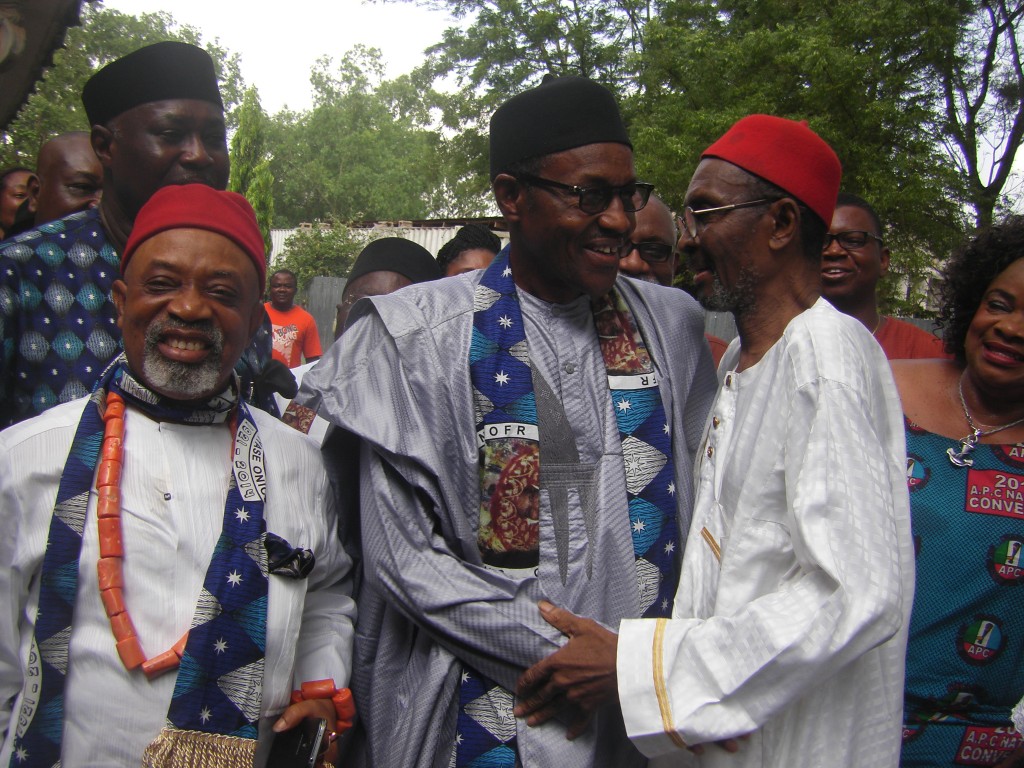 What a difference six years makes? If these reports about the contributions are true, no Igbo man would send good money after bad omen. Ndi-Igbo investment is backed by sound policy. But it is not the Igbo money alone. Yoruba would not have anything to do with Buhari 4 years ago either. What is surprising about Igbo heavy contribution is that they adopted Jonathan as one of their son and jealously defended and reminded him of their solid votes in the election.

One point that must be made clear is that Ndi-Igbo never come last. It could be a case of never put all your eggs in one basket. But the first grumbling was about being taken for granted, then some unfulfilled promises and later some heavyweights Igbo ran as Presidential candidates in other parties against Jonathan. We sidon look: for fear of getting in between family matters.

Looking at the last electorate map four years ago, President Jonathan carried North and South. It may baffle some political thinkers how he can ever lose this coming election. Commandingly, he won because we believed that a) The son of the oil soil must be given the opportunity to rule as the Vice President b) It was about time for a leader as President, from the South-south and c) The impunity by which oil money were looted would stop. Most of us were disappointed.

Corruption increased and any semblance of sanity by campaign against looting decreased.  We redefined stealing and corruption. They claim there was a difference between stealing and corruption. Whichever is which, many of us got confused as our looters were given breathing space. Every powerful member of congress entrenched justifications for official and legalized looting. Their salaries kept going up in spite of criticism and opposition from the masses

President Jonathan does not have anything to do with the salary of the Congress. Indeed, as an Ijaw man, he has the right to steal Nigeria blind as long as he is not stealing from cocoa, coal or groundnut funds; some Nigerians claimed. The problem with oil money is that if you dip a finger into it, other fingers are soiled. Other Nigerians kicked and cried that they are not getting their share even when they do not produce oil from their backyard.

Smart ones rallied around Jonathan and got juicy positions. No amount of misdeeds or failure could remove them. Though many labelled Jonathan as too weak to remove erring ministers, he showed that he has some spine left when he removed the Governor of Central Bank. When it was widely speculated that he was the stooge of former President Obasanjo, he wasted no time debunking that fear. He confronted OBJ head on until lately, as election draws close.

Whatever the case, people of South-south are warning the rest of Nigerians that they are not going to take defeat in the coming election lightly on the chin. It is either Jonathan or nothing. In that case, we may be preparing for the dissolution of Nigeria as we know it. They have backed up this threat by purchasing a war ship with the capacity to stop the flow of cheap and stray oil from the honey ports. No be joke O!

In that case, many wondered why it took over six years to want to separate when President Jonathan could have declared a confederation, dissolved Nigeria or cut off the supply of oil or the income. Waiting until an election is lost would make him a sore loser. Well, that is not a strange characteristic in Africa. He would not be the first if it happened.

Nigeria has turned into a country where no one can rule unless you are backed by militias. It used to be no one could rule unless you were either Christian or Muslim. We do not want those unbelievers in Jesus or Mohammed. You cannot trust them. They are too incapable of waging wars like Jihadists or Crusaders. But wait O, not so fast. Religion has not disappeared from our politics. The days Abiola and Kingibe or Buhari and Idiagbon were both Muslims are gone.

So Buhari cannot be that bad; some Igbo investors may have concluded. As a Muslims, Chuba Okadigbo was once his running mate in 2003. He did not stop there, after losing that election, the following 2007 he ran, he made Edwin Umezeoke his running mate. Both were Christians. This time around, he decided on Pastor Osinbajo, a Yoruba; thinking about Federal character!

The burning question is why Buhari that most people have written off except some die hard supporters in the North. The answer is simple: people are tired of corruption and are willing to vote for anybody that will make a dent on and reduce it to the barest minimum. Most people remember Buhari/Idiagbon era of Operation WAI or War Against Indiscipline. It was tasking especially under military rule. Those excesses cannot happen under democratic rule.

Impeachment is a very strong deterrent under the Presidential System and can be abused. But it is a weapon that can be used if most people in the country get fed up with an overbearing President. Indeed, even in a military regime, Buhari got overthrown by Babangida in a palace coup d’état. Nevertheless, Nigeria needs a strong hand to cube the degeneration culture in order for the social and economic fiber encouraging hard work and decency to prevail again.

Even if Jonathan means well, it is foolish to think that Nigeria can only survive on oil money. The empirical fact is that Nigeria did better as a Country without oil. It encouraged sleaze, laziness and entitlement militias everywhere that we are losing generation of young men and women to corruption. It cannot go on like this. If Buhari is what it takes to arrest the decadence, so be it.

Is Buhari’s state better than free will? He owes us explanations on past radical religious position: if he mellowed on that strong perception, if disillusioned with Boko Haram and unflinching love for a daughter that converted to marry an Igbo Anglican is true. Nobody, not even his doubters in the political arena doubt his commitment to fighting corruption. It is not yet his coronation.