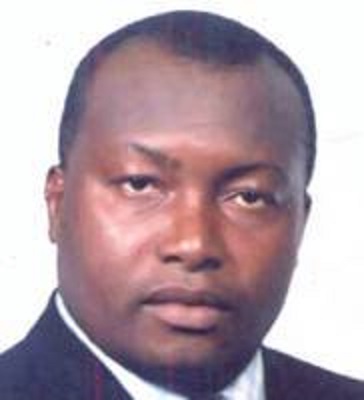 The Managing Director, MD, of Capital Oil and Gas, Dr. Ifeanyi Ubah, yesterday, followed up his claim to a magic wand that would firm the Naira to an exchange rate of N200=$1  within 30 days, with fresh claims that he knew those behind the current foreign exchange crisis facing the nation and was ready to name them publicly.

He told journalists, in Abuja, that all he wanted from President Muhammadu Buhari , to achieve the goal, was to be appointed a consultant on Financial Stability, without pay. According to him, he had a four-point strategy to achieve the extra-ordinary feat but that he would not make them public unless appointed a consultant by the Federal Government.

His words: “What do we do to bring the exchange rate to N200=$1? I have four cardinal points but I will not release them.

I am a man brimming with confidence and ideas which is why I would dare to make such an audacious wager.

“Since my appearance and statement  on Sunday  night on Channels TV, Dollar has crashed from N400 to $1 to N370 to $1. Is this not enough evidence that this freefall of the Naira is artificial and could be better managed, with honesty and ingenuity?

“Do we have what it takes? It is not about being a professor in school but doesn’t know the chemistry of how a business plays.I know the people who are causing this problem and I can name them. I am fearless. “I don’t want to be a Minister of Finance.

I don’t want to be Governor of CBN. I don’t want any appointment from the federal government. All I want is to be a consultant on financial stability and it will be free of charge.”

The Capital Oil MD reiterated that he was ready to stake his entire business empire worth more than N500 billion on the proposal.

According to him, he would be prepared to work with other good spirited, knowledgeable business operators and financial experts, as well as, the Economic and Financial Crimes Commission, EFCC to achieve the goal.

Given the opportunity, it would not be the first time that he would rescue the nation’s economy from the edge of collapse, as he claimed to have brought life to the economy at ex-President Jonathan Goodluck’s administration at the peak of the fuel crises in country.