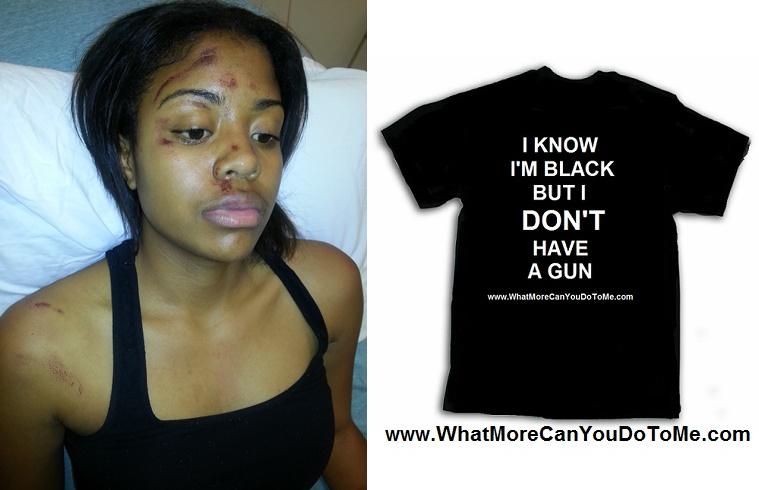 BLOOMINGTON IL- On June 29th 2013, Gabriella Calhoun’s life changed forever.  The night was warm and clear, and after partying with friends, Gabriella and her friends decided to go to their local neighborhood Denny’s to get a late night meal.  Gabby is an honor student at Wiley College.  She finished high school a year early and went to college a year before the rest of her cohort.

Sitting on the left side of Denny’s so they can have a view of the parking lot, her crew of 17, all high school graduates, witnessed a fight between two girls.  As the group of college bound students were ordering their drinks, the cops were called.

When officers arrived on the scene, they entered the Denny’s and approached Gabriella’s table and asked if they had anything to do with the fight.   A friend, who shall remain nameless, told the officers that they were not involved with the fight at all at which the cops left and went back outside.

The two girls who were fighting outside were allowed to go into the Denny’s to “clean themselves up.”  One girl was previously maced by a police officer in the parking lot for acting unruly.  When the two girls saw each other inside of Denny’s, they started to fight again.  The cops rushed into the restaurant to break the fight up. 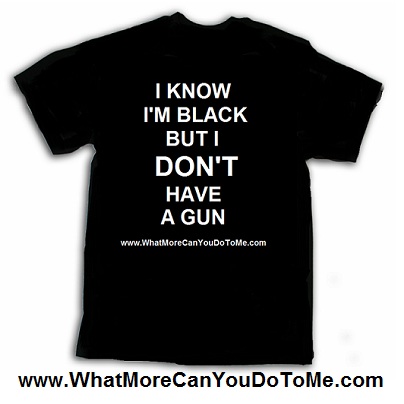 As the cops tried to clear Denny’s, they again approached Gabriella’s table, at which a close friend of hers told the cops they were not involved with the party that was fighting.  The cops grabbed the nameless young man, (he wants his name protected out of fear of retaliation), and escorted him out of Denny’s.  Gabriella followed them and grabbed his side.  As she exited the Denny’s she felt a grip on her neck and arm and says that out of reaction, she tried to pull away.

What happened next was unimaginable.  According to her friends, Gabriella was hit in the face with a night stick by a female officer and was knocked unconscious.   When Gabriella finally gained consciousness, the Wiley College Student said, “I awoke spitting my teeth out on the ground.”

Gabriella then stated, “When I came to, the officer begin to choke me again.  When I was finally able to talk, I asked the officer to please let me go because I have asthma, but she [the officer], said, ‘I don’t care if you have asthma.  You were hitting my officer.’”

“Afterward, the officer kept saying over and over again, ‘how was your party’ as she held my face to the ground.”

The female cop then lifted the petite honor student off of the ground, at which her b*****s were exposed because the tube top shirt she was wearing had rolled down.  She asked the officer if she could please pull up her shirt, but the officer told her to do it herself.  She then walked Gabriella all the way from the front of the Denny’s to the back where the cop cars were.

Gabriella was then sent to the precinct where she was booked on one charge of felony aggravated battery and two misdemeanors for resisting arrest.

“While at the jail, I received limited medical attention,” said Gabriella.  “The doctors only gave me ointment and an icepack which I had to ask for.”

“I think this is racial profiling not only by the Bloomington police department but also by Denny’s,” stated Lynia Cooper, friend of the victim. “Nobody else in Denny’s had to leave except the African Americans in that area.  The police didn’t hear us out and ultimately used cruel and unusual force on Gabby.”

Cooper added, “Might I add the police didn’t even arrest the females that were involved in the altercations.”

Your Black World tried to reach out to the Bloomington, IL police department, but they said they were unable to make an official statement because the case hasn’t gone to trial yet.

The entire incident left Gabriella terrified. “The whole situation is out of hand,” stated the frightened teen.  “I don’t deserve this and now I hate to look in the mirror.  When I look at what I use to look like to what I look like now, it hurts.  I had the prettiest smile but now I have 3 fake teeth in my mouth.  Nothing is the same.  I have to train myself to talk with my new teeth.”

Civil rights activists are already trying to find out what happened to the student, but are seeking to hear the police department’s side of the story.

“I want to hear what the police have to say, since the burden of proof is on them,” said Dr. Boyce Watkins, who revealed the case of Kelly Williams-Bolar, the mother sent to jail for sending her kids to a school outside her district.  ”But my father is a cop, so I know that her story is not inconceivable.  Police beat law-abiding citizens for little things all the time, and regularly go outside the bounds of decency when exerting their authority.”

Dr. Watkins is meeting this week with the Revs. Jesse Jackson and Al Sharpton in Chicago, and says that he will get their inputs on the matter.  Until then, the family is seeking answers and support from anyone willing to provide it.  Watkins says that he is trying to figure out how a small woman required so much force to restrain, even if she was doing something wrong.

“This woman is the same size as one of my daughters,” said Dr. Watkins.  ”Even if she were out of line, I can’t imagine someone having to smash her face with a billy club and knock her teeth out to get her under control.”

The victim’s mother, Montana Amy Calhoun, wants justice for her daughter.  She has given the names and badge numbers of all officers on the police report, which can be seen below.   She is also asking that anyone who can give information on resources for the family in the Illinois area, please reach out to them.  If you know of resources in Illinois that can help the family, please leave the information in the comments section of this article and/or send an email to [email protected]

Names of officers involved in the incident (the asterisk is next to officers whom she says assaulted her daughter):

Here is a link to the website for the Bloomington Police Department.