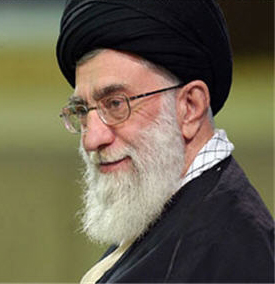 On October 3rd of 2010, Iran’s Supreme leader, Ayatollah Khamenei issued a fatwa, declared unlawful the insulting Prophet’s wife Aisha, and any of the Sunni Islamic symbols.

The leader of Islamic revolution in response to question announced: “insulting the symbols of the Sunni brothers, including the Prophet Muhammad’s wife [Aisha] is forbidden. This includes the women of all prophets and especially the holy Prophet Muhammad (PBUH).”

Zaydis were the oldest branch of the Shia and the largest group amongst the Shia before the Safavid Dynasty in the sixteenth century and currently the second largest group, are the closest to the Sunnis and do not believe in the infallibility ofImāms after Husayn. Zaydis believe that on the last hour of Zayd ibn Ali, he was betrayed by the people in Kufa who said to him: “May God have mercy on you! What do you have to say on the matter of Abu Bakr and Umar ibn al-Khattab?” Zayd ibn Ali said, “I have not heard anyone in my family renouncing them both nor saying anything but good about them…when they were entrusted with government they behaved justly with the people and acted according to the Qur’an and the Sunnah.”[3]Zaydis as of 2014 constitute roughly 0.5% of the world’s Muslim population.