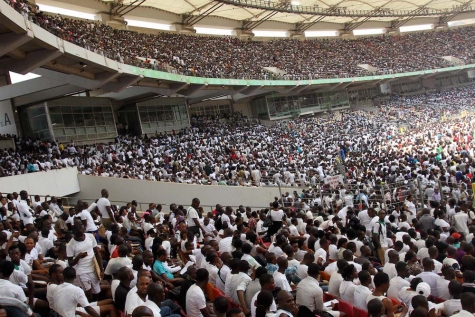 Three pregnant women participating in the Benin zone of the immigration recruitment exercises slumped and died immediately inside the main bowl of Samuel Ogbemudia stadium on Saturday.

The applicants had turned up for the exercise as early as 6am , but the screening couldn’t start till 2:15pm when some of the applicants started leaving after the stampede .

Trouble started around 10 am, when the immigration officials incharge of the screening lost control of the crowd prompting the soldiers on guard to start shooting sporadically in into the air.

Over twenty eight thousands applicants that took part in the one day exercise started running for safety that resulted in stampede.

As the time of filing this story over twenty persons are been revived at a nearby hospitals while the three pregnant women died before help came their way .
Some of the applicants who with our reporter condemned the way and manner the exercise is be conducted with the immigration officials in charge having no human feelings.

Mr Isaac, an applicant expressed shock over the inhuman way they were been treated by the recruiting officers .

“Can you imagine sir, this is 2: 10 pm , we are still loitering around with no concrete information from the recruiting officers.

“Oga, they should help asked the immigration officials, why the shooting . To organize the applicants is easy . Now , the shooting has cause big problem .

Three pregnant women died, over twenty persons are been hospitalized . Now, the exercise is on hold .”

Millions of Nigerians showed up in cities across the country to take  a job aptitude test organized by the Nigerian Immigration Service (NIS).

At least seven job seekers died on Saturday at the Abuja National Stadium while scrambling to secure seats for a recruitment test into the Nigerian Immigration Service.‬

‪The National Hospital, less than a kilometre away from the stadium, received the bodies and confirmed the casualty figure.‬

‪The stampede ensued after the over 20,000 job seekers scrambled through a poorly organized barricade at the test venue, witnesses said.‬

‪The police in Abuja said they are yet to get information on the deaths.‬

‪The Immigration service spokesperson, Chukwuemeka Obuah, also claimed ignorance of the deaths, saying he was away coordinating a similar test in Abeokuta.‬ -PremiumTimes 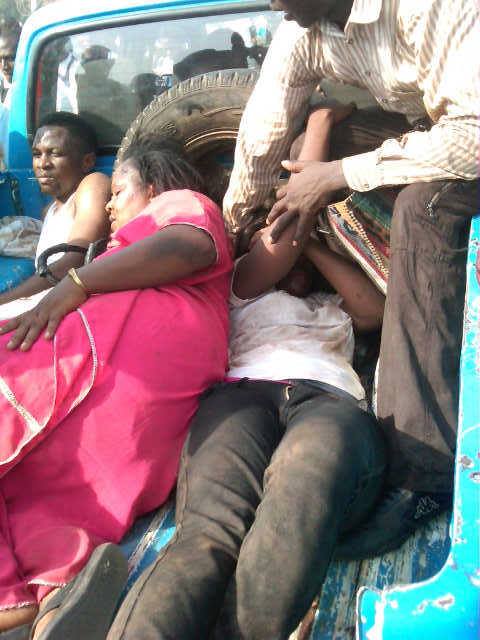