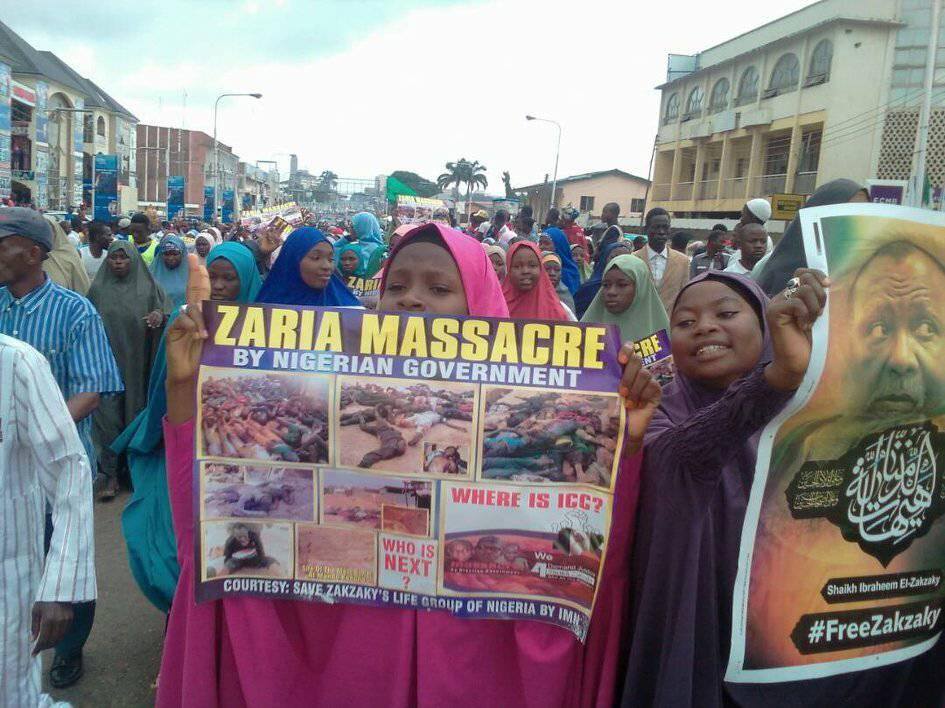 Thousands of members of the Islamic Movement in Nigeria (IMN) took to the streets today in Kaduna calling for the immediate and unconditional release of their leader Sheikh Ibraheem Zakzaky.

Chanting slogans, raising flags, posters and banners of the Sheikh as well as images of the December 2015 Zaria massacre, the protest took off from Leventis roundabout along Ahamdu Bello Way and was terminated at Ori Akpata junction by Kano Road in the metropolis.

Addressing a rally at the close of the protest, Sheikh Abubakar Nuhu condemned the continued illegal detention of the IMN leader by the government even after a court of competent jurisdiction in the country had ordered his release and compensation.

In a release shared to the public by the protesters signed by Sheikh Abdulhamid Bello, the IMN said that it is now 612 days since the detention of the leader and exactly 250 days since the Federal High Court in Abuja ordered his release and compensation but defied by the government.

“Precisely the leader of the Islamic Movement in Nigeria, Sheikh Ibraheem Zakzaky has clocked 612 days today in the gulag of Buhari administration illegally. It is today well over 250 days when an honorable court of the land set him free from detention, but the cabals holding Nigerians to ransom have stubbornly refused to obey the courts orders” the statement said. 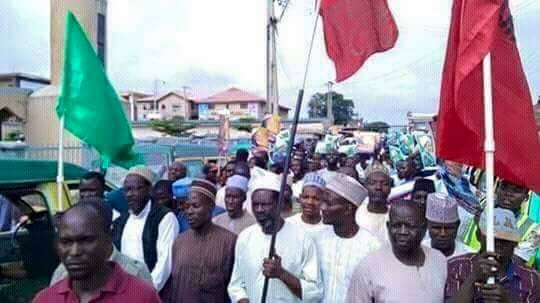 The statement after mentioning the ugly incidences that took place during the pogrom that included incessant killing of over 1000 unarmed members of the Movement, burning of some of them alive, looting of their property and demolishing their buildings all perpetrated by the Nigerian Army and the Kaduna state Governor Nasir El-Rufai also described Sheikh Zakzkay as the most oppressed person by the Nigerian government.

It stated in part “The worst part of all this oppression against Sheikh Zakzaky who enjoys millions of followership in Nigeria and beyond, is that to date none of the perpetrators of the genocidal crime in the Army and Kaduna state government has been brought to book. Some have even been rewarded with promotion in their various places of work. These and many more instances of cruelty against the Sheikh made him to be the most oppressed person in Nigeria of today.”

Promising that the IMN members will not rest until their leader is released, the statement further called on the Nigerian government to release their leader if they don’t want to see them on the streets protesting “We will like to assure our detractors in government that if they don’t want to see us on the streets calling for justice in the land, they should with all urgency release our Leader, his wife and hundreds of others in their various detention centres. We will not rest on our oars until justice is done to the most oppressed Sheikh of our time, Sheikh Zakzaky.”