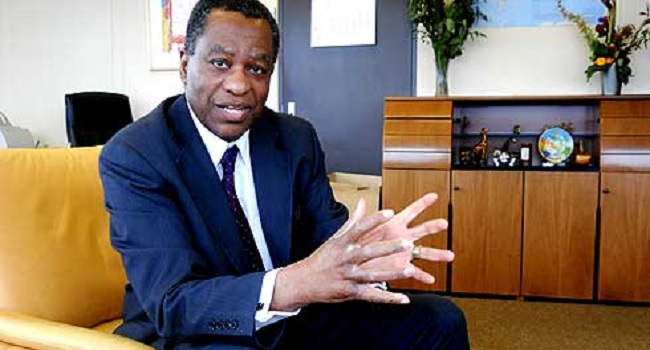 FG’s response to Amnesty International is tragic
The attention of the Islamic Movement in Nigeria (IMN) has been drawn to a four-page response of the Ministry of Foreign Affairs, Abuja to the 2015/2016 annual report by the Amnesty International. The response signed by the Ministry spokesperson and dated 03/03/17 misfired on several grounds.
We are particularly concerned with what the Ministry said on page two, paragraph five concerning the case of Sheikh Ibraheem Zakzaky. The Ministry appears to suggest that the case of Sheikh Zakzaky is a “high and sensitive national security issue.” It further alleged that the activities of the IMN in general and Sheikh Zakzaky-led Movement in particular are “reminiscent of Boko haram, which has become a menace and a source of concern not only to Nigeria, but to the lake Chad Basin region and the entire world.” This is a very wild and baseless allegation by the Ministry.
Let us first examine the facts. Sheikh Ibraheem Zakzaky has been detained since December 2015 after Federal troops invaded his residence at night without a valid warrant and mortally shot him, his wife, children and associates, killing over a thousand unarmed innocent citizens in the process. How does that translate to “top national security issue reminiscent of Boko Haram”? This loose statement by the Ministry is without any thread of evidence whatsoever. The Islamic Movement in Nigeria  and Sheikh Zakzaky have never been involved in any terrorist act. They have never taken up arms against anyone or the Nigerian State. This is evidenced even in the face of extreme provocation and persecution of the last 15 months. If the Government had anything specific against the Sheikh, why was he not charged to court? It is noteworthy that no court in Nigeria or anywhere in the world for that matter ever found either IMN or Sheikh Zakzaky associated with terror acts. So where did this spurious allegation of being reminiscent of Boko Haram emanate from?
The Ministry further said that “the conduct of the El-Zakzaky Movement is one that cannot be tolerated by any progressive democratic government.” What is progressive or even democratic about a government that tramples on citizens rights with impunity and reckless abandon? What is democratic about a government that violates the Constitution and disregards the rule of law? Let us not forget that the Government officially told the Federal High Court that he didn’t commit any crime but he was being held in “protective custody”, which the court had ruled as illegal and ordered that he must be set free and compensated. They are yet to comply with that pronouncement of a competent court of the land, even as they claim to be a “progressive democratic” government. The Ministry in its wild chase further accused a world-renowned Rights body, Amnesty International, of “dabbling into Nigeria’s legal and judicial system.” perhaps they prefer to be left with their notorious brutal ways in the name of “progressive democracy.”
They claim to have appealed against the decision of the lower court for Sheikh Zakzaky to be released. Yet they refused to obey the court order to release him when there is no order of either suspension of the earlier court decision or a stay of execution of that order. Mere filling of an appeal against the judgement of a lower court does not warrant disobedience to the judgement without the superior court giving a suspension of judgement order or stay of execution. As at this moment, neither has been given.
Clearly,  the Ministry is simply throwing up this for the Government’s lack of justification for the continued illegal suppression of the IMN and detention of the Sheikh.
The Government’s blindfolded response to very apt Amnesty International report is at best tragic. It must realize that no amount of false propaganda, blackmail and calumny against IMN and its leadership would justify the unjustifiable killings that took place in Zaria and the denial of our religious rights and freedom under any pretence. It is better advised to own up to its misdeeds and follow the path of justice and fair play. Only then would the world acknowledge its democratic and progressive credentials.
SIGNED BY
IBRAHIM MUSA
PRESIDENT MEDIA FORUM OF IMN
05/03/17
Skype: Ibrahim.musa42