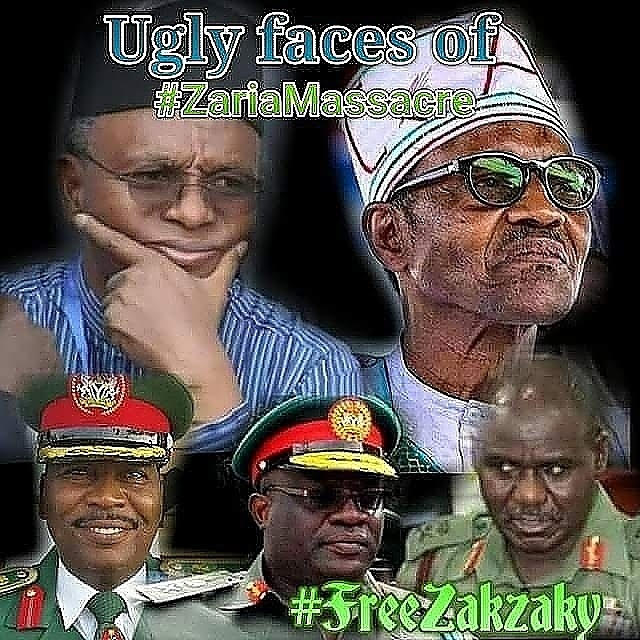 The Islamic Movement in Nigeria (IMN) has written a letter of petition to the government of the United States of America (USA) urging them not to sell weapons or any military hardware to Nigeria.

The letter, which was dated 17th August, 2017 and signed by the head of the Free Zakzaky Campaign Committee, Abdulrahaman Abubakar, cited the appalling human rights record of Nigerian military as the reason for the “vehement objection to the proposed sale of weapons and military hardware to the government of Nigeria.”

The petition further pointed out that “the military’s human rights record in Nigeria is utterly dismal and the Nigerian government’s commitment to the rule of law is even worse off.”

IMN drew the attention of the US government to incessant refusal of the government to acknowledge excesses of the military in handling civilian matters, but even tries to justify them. The Movement cited the examples of the blatant murder of 34 unarmed civilians in Zaria in 2014, including the children of Sheikh Zakzaky, without the government doing anything about it. As if it was not grievous enough, the murderous soldiers returned in December, 2015 with an even more brutal force, resulting in the death of over a thousand innocent citizens. The initial response of the government to this callous disregard for human lives was to say, it was a “military affair.”

IMN pointed out that there is usually no properly conducted inquiries, no prosecutions, no remorse and no public apologies after such acts by the military. Besides shirking in its duties to hold its soldiers to account, the IMN said the government captured its leader and his wife after shooting them at pointblank range, treated them in the most humiliating and denigrating manner before hauling them into incommunicado detention without charges for twenty months. “Even after a Nigerian High Court had ruled that the detention is unconstitutional and ordered their release, the government has continued to contemptuously defy the order.”

The letter therefore called for a complete arms embargo to be placed on the Nigerian military. It also wanted the embargo to be extended to travel bans and other embargoes for senior military and political leaders “until a genuine commitment to the principles of rule of law, justice, fair play and human rights can be demonstrated beyond rhetoric and halfhearted measures by the government.