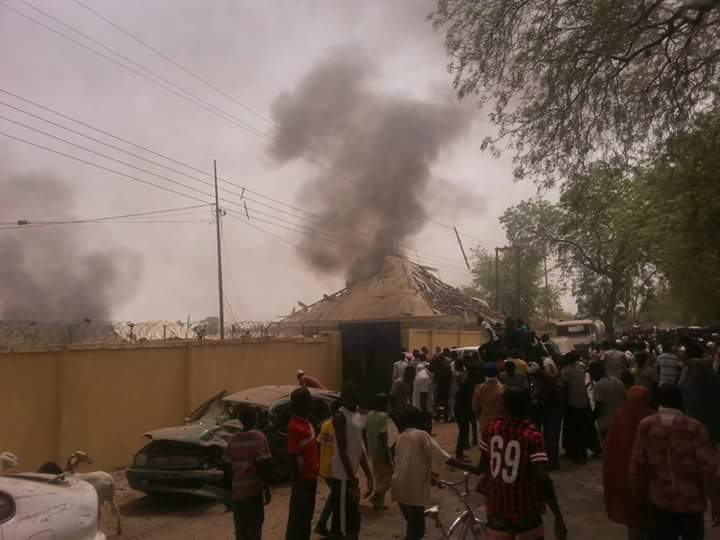 We have received inside intelligence of how the careless error of a Police Chief caused the deadly detonation of the bomb that claimed at least 4 lives and destroyed much property.

Security sources told us that the Majalisa police division bomb this morning is to be blamed on police because the bomb was discovered in Gombi and then transported to Yola.

This raised the first question of police conduct, transporting deadly ordinances among citizens and in towns rather than securing them in fields and then bringing disposal equipment to them there.

One of the officer sources revealed to NewsRescue agents that due to the complicated nature of the bomb, they did not defuse it in Yola, and again decided to transport it to Abuja!

Our sources narrated that when they reach Numan Local government, one of the senior officer who was allegedly not aware of the transportation of the bomb call them back to Yola.

Oon their arrival at the division of the Anti-bomb Squad unit, as they dropped the Bomb, it exploded.

Malam Jika residents in the area said the Bomb destroyed several buildings, their roofings and walls, including the  Civil defense office which was completely blown down on the officers in the station and surrounding the station. The massive explosion affected buildings up to 1km around, with  all the glasses of the houses within the area shattering.

It is disturbing to note that the Nigerian security service transports deadly ordinances within towns and cities. This is injudicious and a breach of security of the metropolis.