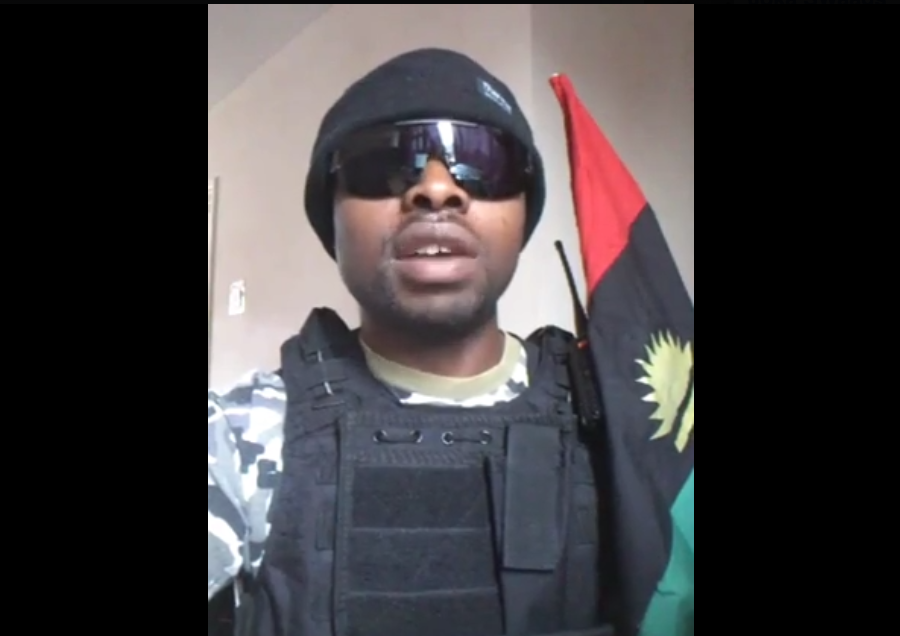 Some time ago, videos of Nnamdi Kanu, the Director of radio Biafra and
Indigenous People of Biafra (IPOB) flooded the social media. It was as
if someone deliberately released all the videos at the same time to
bomb the social space.

Within a very short while after these videos were released, social
media commentators began to make commentary on them, quoting dangerous
words claimed to be heard from the so called London based Biafra
agitator, as some commentators described him.

Many, including this writer, who tried to ignore the trending hate
speeches couldn’t do so for long because it was everywhere. If you
turn right, you will see one commentary with a video attachment, and
then when you turn left, you see another one. This continued for some
days until one was forced to watch some of the videos, so as to be
sure that all the harsh and violent words credited to Kanu were
actually made by him.

In one of the many videos watched by this writer, I heard Mr Kanu
saying, ‘’we will destroy Nigeria, we will ensure Nigeria is worse
than Somalia’’. This is like a tone from Boko Haram video. The not so
peaceful communicator didn’t stop there, he went further to state
that, ‘’we have all the weapons required to carry out this mission, we
are ready to give them war, he declared.

Probably after watching some of the videos, the online media outfit,
Sahara Reporters reached out to Kanu for interview. In the Sahara
Reporter’s interview conducted by Rudolf Okonkwo, Kanu was asked to
explain what he was saying in those videos and he reiterated his
message that his group is ready to destroy Nigeria through violence,
if they failed to give them Biafra.

Soon after, another video emerged online, in which Mr. Kanu was
soliciting funds for arms in preparation for the violence he promised.
The event had in attendance, several Igbo professionals abroad. He
made it clear in that event that they are ready for war and only
needed funds from the participants.

Kanu was granted bail on strict conditions due to the nature of his
offense. He was said to be sick and requiring medical attention. It
was on this basis that he was granted bail in April, 2017.

“Nnamdi Kanu, appealed to the court for bail based on health grounds
and it is only the living that can stand trial’’.it was reported. “So,
i am minded to grant him bail so that he can attend to his health and
face his trial alive,” Justice Nyako said.

However, immediately he was released from prison, Kanu flouted all the
bail conditions given to him. Instead, he was seen on video disrupting
the street and confronting the police, while daring the Federal
Government to take action. This became a recurring activity. Soon
after, he was seen in parade of uniformed youths, whom he described as
the Biafra National Guard and another one he calls Biafra Secret
Service. The leader of the so called Guard and Secret Service refereed
to him as the Commander in Chief of Biafra Armed Forces, all these
happening on the soil of a sovereign nation, Nigeria.

Besides the above, reports here and there on the social media from
victims pointed to the fact that, this group has suppressed the people
living within their strong hold, to an extent that anyone who
expresses a contrary opinion is attacked and forced to pledge
allegiance to their imaginary country, failure to which such person
would be brutalized and tortured. Yet, some people still claimed they
are peaceful agitators and I am forced to ask, how?

It was the inability of the police to control the situation that
warranted the deployment of soldiers to the South East, but
unfortunately, the group’s confrontation with the military led to the
lost of lives and the eventual proscription of the group as terrorist
organization.
No doubt, IPOB is a violent organization; it is a terrorist
organization that should be tamed before it is too late. It may not be
as violent as other known terrorist groups, but its activities point
to the fact that, if not quickly tamed, may turn out worse.

It was the same group that killed police and many citizens in Rivers
State and Abia, the same group attacked several residents, burn police
station, confront soldiers with arms, torture and assault people, burn
mosques and many others places across the region.

It is also in the house of this same group, that the security said it
found IED, along with some petrol bombs. Certainly, that is not a
trait of a peaceful organization. Those who associate peacefulness
with the activities of IPOB were being economical with the truth, or
probably unaware of their activities.

While it is saddening that some people lost their lives in the
confrontation that led to the proscription of the group as terrorist
organization, we must not twist fact, in other to be seen as caring
for the victims. Let’s all encourage the innocent members of the group
to denounce such association and commit themselves to peace.