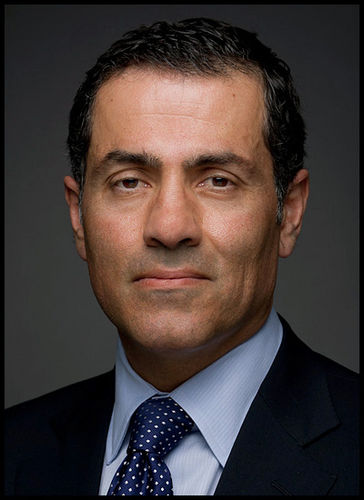 Syria’s uprising offered the possibility of a strategic defeat of Iran. In this scenario, Iran would be weakened by the collapse of Bashar al-Assad’s regime, its single Arab ally and a vital link to Lebanon’s Hezbollah militia. Isolated, Iran would become more vulnerable to international pressure to limit its nuclear program. And as Iran’s regional influence faded, those of its rivals — U.S. allies Turkey, Qatar and Saudi Arabia — would expand.

Instead, events in Syria are spinning in Iran’s favor. Assad’s regime is winning ground, the war has made Iran more comfortable in its nuclear pursuits, and Iran’s gains have embarrassed U.S. allies that support the Syrian uprising. What’s more, Iran has strengthened its relationship with Russia, which may prove to be the most important strategic consequence of the Syrian conflict, should the U.S. continue to sit it out.

Part of the U.S. calculation in declining to intervene has been the assumption that Assad would inevitably fall. The U.S., apparently, did not consider the implications of leaving the door open to a comeback by Assad. Reinforced by Hezbollah fighters and armed with Iranian and Russian weapons, the Syrian army broke through rebel lines in the central city of al-Qusair last week. The symbolic victory has dashed hopes for a quick end to the regime or a diplomatic resolution to the fighting.

Syria is now a proxy war, the outcome of which will determine the regional pecking order. In the Mideast, aura of power decides strategic advantage. Hezbollah’s prowess in Syria is a blow to Saudi Arabia, which has supported Hezbollah’s political opponents in Lebanon. The Syrian army’s gains are a setback to the Saudis, Qataris and Turks, all of whom have backed the rebels with money and weapons.

The U.S. has withheld lethal aid, not to mention military action. The Obama administration has eschewed intervention in Syria as a slippery slope to full-scale war, a costly repeat of the Iraq fiasco. In making this case, however, the administration sends a strong signal that it also would not go to war against Iran, despite President Barack Obama’s statement that no option is off the table when it comes to stopping Iran from acquiring nuclear weapons. When U.S. officials say their options for intervention are constrained by Syria’s air defense systems, they are also saying they fear Iran’s.

If there was once a realistic hope that Syria’s civil war would isolate Iran, that prospect has dimmed. Russia has assumed all along Assad could win, and thanks to Iran’s support, that now looks like a realistic outcome. Having already absorbed the wrath of Arab public opinion for supporting the ruthless leader, Russia has little reason to switch sides. By sticking with Assad, Russia projects the image of a steadfast ally that doesn’t bend to international pressure, in contrast to the U.S., which appears to want to wash its hands of the region and pivot away to Asia.

Russia’s nominal support for international pressure on Iran’s nuclear program notwithstanding, the two countries have long cooperated in the Caucasus and Central Asia to shape regional politics and minimize U.S. influence. Common ground on Syria is deepening their relationship. The longer the Syrian conflict draws out, the closer this alliance will grow.

Russia shares Iran’s fear of the rising Sunni tide sweeping across the Arab world. This trend, Kremlin officials think, will fuel Islamic radicalism in Russia’s Muslim regions. They see Syria through the prism of the war in Chechnya and fault Turkey, Qatar and Saudi Arabia for supporting Sunni extremism first in the Caucasus and Central Asia and now in the Middle East. They see themselves fighting alongside Iran, against America’s allies, in a war against Sunni radicals.

If successful in Syria, the Russian-Iranian bloc will seek greater influence in new areas, such as the Persian Gulf. It’s worth noting that Russia invited Bahrain’s Shiite opposition party, al-Wifaq, to visit Moscow in February.

The U.S. may be content to leave the Middle East and its troubles behind, but that feeling will be short-lived if the legacy of its Syria policy is a region dominated by an aggressive Russian-Iranian axis.

(Vali Nasr is a Bloomberg View contributor, dean of the Paul H. Nitze School of Advanced International Studies at Johns Hopkins University, a nonresident fellow at the Brookings Institution and the author of “The Dispensable Nation: American Foreign Policy in Retreat.”)

To contact the writer of this article: Vali Nasr at [email protected]

To contact the editor responsible for this article: Lisa Beyer at [email protected].