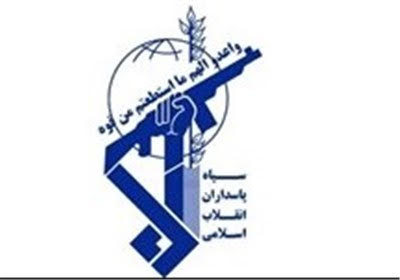 Iranian Supreme Leader Ayatollah Ali Khamenei appears in the wake of recent anti-government protests to have put his weight behind President Hasan Rouhani’s repeated calls for reduced military and Revolutionary Guards involvement in the economy.

Mr. Khamenei signalled his support by ordering the military and the Guards to start divesting from commercial holdings and businessesnot related to their core tasks except for construction projects considered essential by the government.

The order serves not only to address protesters’ grievances that were sparked in part by losses suffered by millions of Iranians a result of the collapse of fraudulent financial institutions with links to the Guards and other public institutions. The financial entities lured investors with high interest rates that they could not pay.

Mr. Khamenei’s order could also sweeten Iranian efforts to persuade Europe to put in place legal measures that would allow it to invest in the Islamic republic even if the United States imposes new sanctions and withdraws from the 2015 international agreement that curbed Iran’s nuclear program.

Europe shares many of the United States’ concern about the role of the Guards in Syria, Yemen, Iraq and elsewhere in the Middle East and the fact that it runs Iran’s ballistic missile program but has insisted that the agreement should be maintained.

A target of US sanctions, the Guards reportedly are not opposed to a reduced stake that analysts say accounts for as much as 30 percent of the Iranian economy. The Guards operate, among others, Khatam al Anbia, a huge construction company with tens of thousands of employees that is involved in civil development, the oil industry and defense businesses. The Guards build roads, operate ports, manage telecommunication networks, and own business in sectors as far flung as finance and medical.

The “top brass have realized that running companies is actually not their competency. The poor management has been a drag on the economy and–as seen in the recent #IranProtests–a risk to internal security and to the prestige of the armed forces,” said Esfandyar Batmanghelidj, an Iran analyst, commentator and business consultant.

In a world in which everything is interlinked, disinvestment by the Guards and military as well as other public institutions like the Social Security Organization, Iran’s largest pension fund, would involve privatization in a country that has found it difficult to attract foreign investment because of the threat of a re-imposition of US sanctions conditionally lifted as part of the nuclear agreement.

US President has threatened not to renew US sanctions relief in May if Europe and the US Congress failed to work towards an agreement with Iran on an addition to the nuclear accord that would restrict Iranian missile testing and development, provide for expanded inspections of Iranian facilities, and extend prohibitions on nuclear-weapons work. Iran insists that the accord cannot be renegotiated.

Europe has been pressing the Trump administration not to walk away from the accord. Iranian officials have suggested that Tehran would adhere to the nuclear deal in case of a US walkout provided that it served its interests.

For Iran to see continued merit in the deal, it would have to believe that European companies would remain interested in investing in the Islamic republic. That would require the European Union adopting legislation that would shield European companies from US secondary sanctions that would target non-American entities invested in Iran.

Privatization of military and Guards-owned companies, given Iran’s undercapitalized financial markets and its small pool of viable domestic investors, would depend on foreign investors, who in turn are unlikely to risk being penalized by potential renewed secondary US sanctions.

“Europe should put in place a viable contingency plan if the United States continues backtracking on the deal and let Washington know it’s ready to use it… Europe will need to present a package (together with China and Russia) that can entice Iran to continue abiding by the core elements of the current nuclear agreement,” said Iran expert Ellie Geranmayeh.

Writing in Foreign Policy, Ms. Geranmayeh argued that Europe should initially attempt to secure from the United States exceptions to the potential sanctions modelled on the US penalties imposed on Russia that provide relief from enforcement for European companies.

“If Washington refuses this approach, European governments should publicly warn that in any instance where the U.S. Treasury actively enforces secondary sanctions targeting European companies dealing with Iran, the European Union will revive measures similar to its ‘blocking regulation’,” Ms. Geranmayeh argued.

The blocking regulation adopted by the European Union in 1996 thwarted then US President Bill Clinton’s attempt to force Europe and others to abide by US sanctions on Libya, Iran and Cuba. The regulation made it illegal for European companies to abide by US sanctions, gave them legal cover to refuse payment of US fines, and opened the door to the EU penalizing US companies in retaliation.

In practice, European companies, if forced to choose between doing business with the United States or Iran, would likely opt to steer clear of the Islamic republic. The EU would be banking on the expectation that the Trump administration would ultimately opt to compromise in a bid to avoid a deterioration of trans-Atlantic relations.

In announcing Mr. Khamenei’s support for reducing the stake in the economy of the military and the Guards, Iranian defense minister Amir Hatami cautioned that “the degree of our success depends on market conditions and the possibility of divestment.”

Said Mr. Batmanghelidj: “If success in privatization is to be achieved…Iran’s equity market investors will need foreign investors to help carry the burden and unlock the opportunity.”

With little insight into what entities will be put up for sale, European investors, even if the EU puts legal protections in place or cuts a deal with the United States, like their Russian and Chinese counterparts, are likely to take a wait-and-see attitude. That could put efforts to reduce the military and Guards’ economic stake in jeopardy, catching it between the rock of lack of Iranian transparency and the hard place of weak domestic financial markets and a limited pool of investors.

If that were not enough, Saudi efforts to counter Iran could further dampen foreign investor appetite. In a sign of the times, South Korean construction company POSCO Engineering & Construction in which Saudi Arabia’s Public Investment Fund has a 38 percent stakecancelled a $1.6 billion contract to build a steel mill in Iran because of objections by the company’s two Saudi board members.

Dr. James M. Dorsey is a senior fellow at the S. Rajaratnam School of International Studies, co-director of the University of Würzburg’s Institute for Fan Culture, and co-host of the New Books in Middle Eastern Studies podcast. James is the author of The Turbulent World of Middle East Soccer blog, a book with the same title as well as Comparative Political Transitions between Southeast Asia and the Middle East and North Africa, co-authored with Dr. Teresita Cruz-Del Rosario,  Shifting Sands, Essays on Sports and Politics in the Middle East and North Africa, and the forthcoming China and the Middle East: Venturing into the Maelstrom.