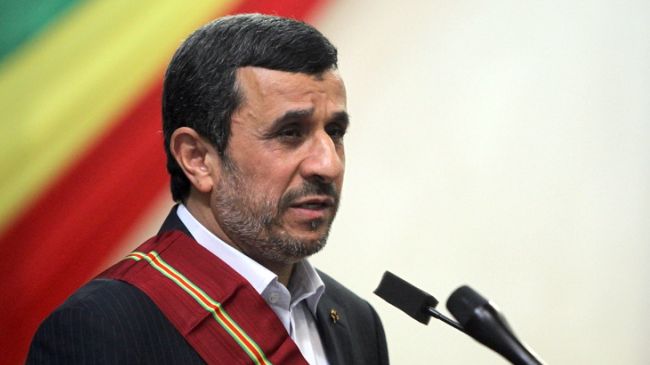 Speaking to reporters at the end of his visit to Benin on the first leg of his three-nation tour of African countries on Monday, the Iranian president said Tehran was ready to share its experiences with all friendly states.

“Iran’s cooperation with African countries benefits international peace and security and all humanity and is not against anyone,” Ahmadinejad said.

He added that Iran and African countries will cooperate to promote world peace.

Benin’s President Thomas Yayi Boni, for his part, assessed as “positive” the talks with his Iranian counterpart and said the two countries reached agreements in favor of their nations.

Ahmadinejad left Tehran for a three-day tour of Africa on Sunday at the head of a high-ranking delegation.

The Iranian president said the visit is made upon an invitation by the presidents of of Benin, Niger, and Ghana.

This is Ahmadinejad’s last scheduled visit to Africa as Iran’s president considering his term in office will come to an end in three months. – PressTv