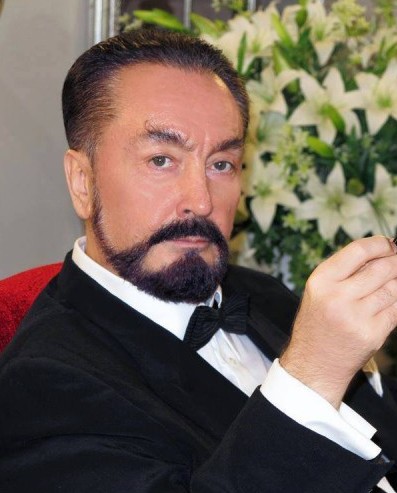 There has been a lot of changes after the Arab Spring. Dictators were toppled, new administrations formed, millions lost their lives and millions were displaced. Iran’s recent success with P5+1 negotiations, also added to the accomplishments of the country.

Turkish President Mr. Erdogan’s recent trip to Iran was significant. The leaders of both countries warmly embraced each other and reiterated their desire to boost trade between their two countries.

This is good news for the stability of the region, as the trade alliance of these two powerful countries would help fix the current pain-stricken picture that is the Middle East.  However, there are more pressing problems.

First and foremost, Middle East needs urgent help. The people in the region, who are brothers by religion and who are ordered by God to embrace and love each other, are killing each other due to sectarian differences. The divisions that were planted in the religious fabric of the region over the course of centuries, have taken root and is now being exploited by external powers for their power games and expectations.

Today there is almost no part of the region that is left unaffected by the wars and bloodshed. To briefly summarize the current situation:

Around 200.000 civilians have lost their lives in Syria due to the civil war, including 10.000 children. 10 million Syrians were displaced from their homes, 3 million of them once again children. [i]

In Egypt, a military coup overthrew the Muslim Brotherhood leadership. This resulted in 2,665 violent deaths and 16,000 wounded. [ii] At the moment 3000 people are sentenced to death, with another 18.000 political prisoners waiting in jails. [iii]  Many speculate even Hosni Mobarak’s rule was better than the current situation in Egypt.

Yemen is divided amidst fierce clashes between the Shiaa Houthis and Saudi Arabia-backed Sunni administration. It risks turning into a failed state and according to the UN, the conflict has claimed 600 people, wounded 2,200 and displaced 100,000 others.[iv]

After the horrendous killing of Gaddafi, Libya’s ruler for 42 years, the country plunged into a deep civil war, with fights going on between many different groups including ISIS, and almost 300 different militia groups, secular groups, religious groups, tribes and external forces. The fights have cost 2,800 lives and destroyed the economy. [v]

In Iraq, more than 15,000 people, mostly civilians, were killed in the long-smoldering sectarian conflict. This is the highest number of deaths since the peak of the country’s civil conflict in 2007. Some speculate that there are higher numbers of casualties in the country, which is in danger of breaking apart as a result of the takeover of a third of its territory by ISIS.[vi]

Christian minorities are also increasingly persecuted in the region and forced to leave the region, which has been home to them for centuries.

As Mr. Erdogan articulated clearly, and Mr. Ahmedinejad elegantly showed during his Turkey visit by praying in a Sunni mosque behind a Sunni imam, it is of paramount importance that Muslims are viewed as Muslims, and not categorized or labeled as Shiia or Sunnis. Turkey and Iran and the Islamic world as a whole, can get strong and find peace and stability only when they unite and love each other regardless of their differences in sects, beliefs or backgrounds.

If Muslims choose to incorporate all the different elements of the Islamic world under the one, all-encompassing umbrella of Islam, the power that will be achieved will be unrivalled and unprecedented. The economic power, the military influence, the weight on major world issues will be like nothing before achieved in the history of the world.  The massive size of natural resources in Islamic countries, the labor force created, and the joint military capability will be more than enough to thwart any threats to the peace and welfare of the world in general. This union that includes Shias, Sunnis and all other Muslim groups will put an end to the bloody fighting between brothers.

As a matter of fact the words Ahmadinejad used in 2008 to describe Turkey-Iran relations summarize what should be done in essence: ‘We believe Iran and Turkey can complete the shortcomings of one another and their cooperation would lead to the emergence of a big power at the service of security of the region and the world peace.’ He also added, ‘We love the Turkish nation from the bottom of our hearts, and this love has roots in the history of our beliefs. We will remain by the side of one another for good.’[vii]

Turkey and Iran are two very important countries that are capable of leading such a move. Both countries have thousands of years of legacy and experience in diplomacy, rule and ensuring peace. Both have powerful economies, impressive military power and bright futures. Their alliance to foster peace would start a chain reaction. As they use their power to start such a move, others will want to join in, wishing to be a part of this powerful alliance.

It is high time for these two, beautiful countries to come together and build on their centuries old friendship to lead a wave of peace-making initiative. The people of the region urgently needs this and can no longer wait.