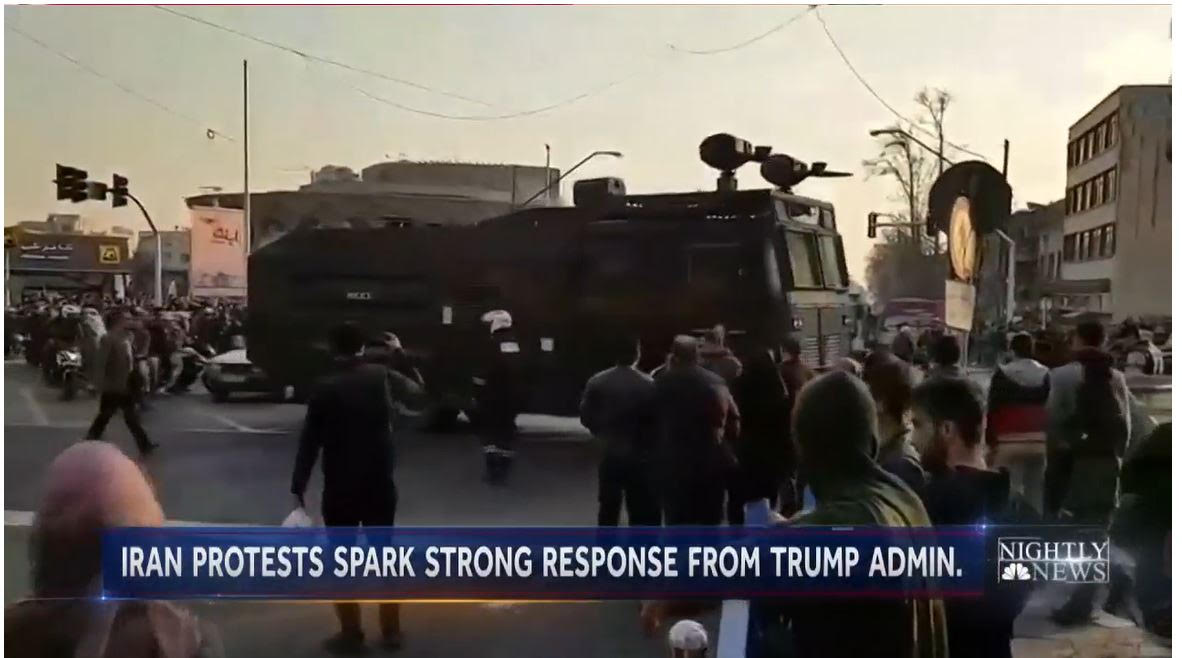 If Saudi Crown Prince Mohammed bin Salman’s chequered foreign policy track record is anything to go by, Iran could tempt him to embark on yet another risky adventure inspired bywidespread anti-government protests in Iran, the real focus of his multiple regional quagmires that include the devastating war in Yemen and the failed effort to force Lebanese Prime Minister Saad Hariri to resign.

In many ways, Prince Mohammed faces the same considerations in deciding how to respond to events in Iran as does US President Donald J. Trump. Mr. Trump has to this month not only choose whether to certify to Congress Iranian compliance with the 2015 international agreement that curbed the Islamic republic’s nuclear program, but also whether to waive US sanctions on Iran. A decision to reimpose economic sanctions could mean a US withdrawal from the agreement.

At the core of Mr. Trump’s decision as well as Prince Mohammed’s deliberations on how and if to respond to the Iranian protests is the question whether the United States and/or Saudi Arabia see a strengthening of hard-line conservative factions in Iran as serving their purpose of at least further containing the Islamic republic, and possibly engineering a situation that would be conducive to regime change.

“The most likely scenario is that the evidence of popular dissatisfaction and the inevitable repression will harden the Trump administration’s position on sustaining the deal and provide additional incentives for ratcheting up new economic pressure on the government, They also may see some possibility of flipping the Europeans if the crackdown is fierce and well-documented,” said Brookings fellow and ormer State Department policy planning Iran expert Suzanne Maloney. Europe has urged Mr. Trump not to nix the nuclear agreement.

Iranian president Hassan Rouhani, in contrast to hard-liners, has sought to reach out to the protesters by recognizing their right to criticize while denouncing violence and promising to address their economic grievances.

Mr. Rouhani may be able to tackle some issues like the fraudulent financial institutions that have deprived many of their savings, but will struggle to fix the country’s structural economic issues, including the power of hard-line institutions such as the Revolutionary Guards Corps. He may also be able to institutionalize and anchor in law the right to protest with the backing of hardliners. Moreover, addressing economic issues would be even more daunting if Mr. Trump effectively withdraws from the nuclear agreement.

Ultimately, the odds are that hard-liners, irrespective of what scenario unfolds, will emerge strengthened by the current crisis either as the result of protests losing momentum as the regime curbs access to social media, a brutal squashing of the protests as a last resort, or because increased external pressure will initially unite rival factions and reinforce widespread disillusionment with the nuclear agreement that has failed to provide tangible economic benefits to a majority of Iranians.

Looming in the background is the risk that Prince Mohammed with or without US backing or cooperation will seek to exploit the Iranian government’s problems by attempting to further destabilize the Islamic republic by stirring unrest among already restive ethnic minority groups such as the Kurds and the Baloch. Kermanshah, a city in predominantly Kurdish western Iran, was one of the first cities to which the protests spread after first erupting in the conservative stronghold of Mashhad.

Saudi Arabia has funnelled large amounts of money in the last 18 months to militant groups and madrassas or religious seminaries in the Pakistani province of Balochistan that borders on the Iranian region of Sistan and Baluchistan, both populated by restive Baloch populations. A Riyadh-based think tank believed to be supported by Prince Mohammed last year published a blueprint for stirring unrest among the Iranian Baluch.

Mr. Trump and the US State Department have in recent days expressed support for the protesters, urged the international community to chirp in, and said they back those in Iran that are seeking a peaceful transition of government.

Various US analysts have argued that Mr. Trump’s anti-Iranian track record, including his attempted bans on granting visas to Iranians, curtails the impact of his support for the protesters and may even strengthen the hardliners by allowing them to point fingers at alleged foreign instigation.

“While we’re on Trump, the impact of his tweets has been marginal at best. They’ve triggered a slew of angry comments, packed with ridicule. Across classes, factions and generations in Iran, there is a shared contempt for #POTUS whose policies look erratic and hypocritical,” tweeted Bloomberg News’ Iran correspondent, Golnar Motevalli.

Rather than speaking out, the analysts proposed concrete steps the United States could take to support the protesters. Ms. Maloney and journalist Maziar Bahari suggested the United States could use its influence with technology, satellite internet providers and social media companies like Facebook, Twitter and Instagram to try to keep the protesters’ communications channels open.

Former State Department official Reza Marashi argued that advice he and others proffered in 2009 when the Iranian government faced far larger protests against alleged election fraud remained valid in the current situation.

“We advised our superiors to express concern about the violence against protestors, and highlight the importance of respecting free speech, democratic process, and peaceful dissent. We also emphasized a need for the US government to publicly express its respect for Iranian sovereignty, its desire to avoid making America the issue during a domestic Iranian protest, and its belief that it is up to Iranians to determine who Iran’s leaders will be,” Mr. Marashi recalled.

Much of that advice has been ignored by the Trump administration. In doing so, the administration has not only allowed Mr. Rouhani and the hardliners to point to a scapegoat, it has seemingly gone out of its way to raise Iranian fears that US policy, with the Saudis in tow, is focused on regime change.

“Washington would be wise to acknowledge the limits of its power inside Iran. Policymakers and pundits cannot change this simple truth: The problems are Iranian, the protestors are Iranian, and the solution will be Iranian,” Mr. Marashi noted.