Father Martin McVeigh has admitted he destroyed a memory stick containing “inappropriate imagery” ahead of a church investigation into reports he accidentally showed pictures of naked men to parents of children preparing for their First Holy Communion.

The incident happened at the start of a PowerPoint presentation at a grade school in Pomeroy, County Tyrone, Northern Ireland in March, said the leader of the Catholic Church in Ireland, Cardinal Sean Brady.

Parents said in a statement they were “horrified” by what they saw and called for action to be taken against the priest.

The church reported the incident to police, who said no crime had been committed. 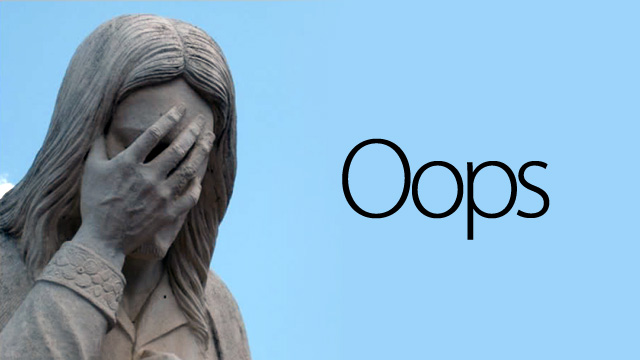 In a statement Sunday, McVeigh apologized “for the hurt caused” and “his failure to check his presentation in advance.”

However, he insisted he “was not responsible for the presence of the offending images and in this respect I ask you to accept my innocence.”

The priest also confirmed he had destroyed the memory stick that contained the images.

He said: “After the images were inadvertently shown, I immediately removed the memory stick from the laptop. In my shock and upset and in my concern to ensure that the images would never be shown again, I destroyed it later that evening.”

McVeigh described the past month as “the most difficult” of his life and said he would be taking a break.

“In the hope of bringing resolution and healing to the division and pain within the parish, I have taken the decision to ask Cardinal Brady to allow me to leave the parish of Pomeroy and to take sabbatical leave,” said McVeigh, adding: “The memory of this awful episode will remain with me for the rest of my life.”

Brady said he accepted McVeigh had no advance knowledge of the pornography.

In a statement Sunday, Brady said it had been “a traumatic time for the whole parish community and for Father McVeigh personally.” The cardinal also apologized for the incident.

He issued an update on the church investigation, saying other computers used by McVeigh had been “forensically examined by an independent technical expert and no inappropriate imagery has been found.”

Brady added an additional laptop stolen from the local church sacristy since the March 26 meeting “did not form part of the technical examination.”

The cardinal said he had accepted McVeigh’s request for leave on the understanding he would return to the diocese on its completion.

The latest controversy comes after a series of child sex abuse scandals involving Catholic Church clergy in Ireland. The government-backed investigations say thousands of children have been abused by priests and other church figures over the last 80 years.

In March, the Vatican released a major report into the problem, begging forgiveness from victims. However, victims hit out at the report’s finding that new safeguards are working.