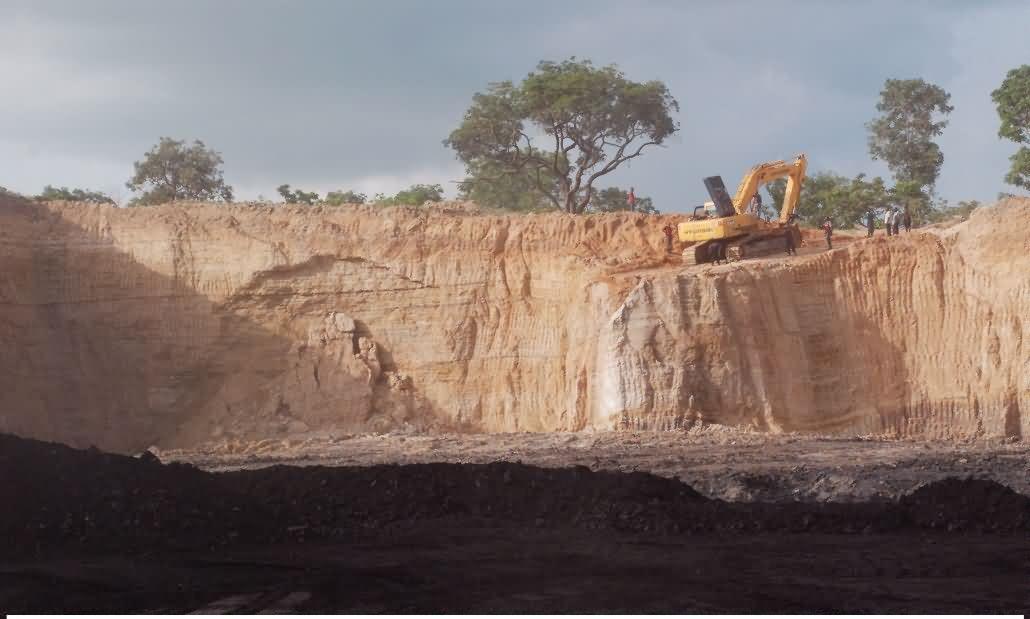 With a population of over 180 million and growing, Nigeria with an average power generation of 4,500mw, requires 12,000mw megawatts to ensure steady power supply, but ultimately needs 200,000mw for all her electricity requirements. To meet this power need, the present administration has vowed to look towards other sources of producing electricity away from the hydro and gas-powered plants, which has been a source of epileptic power supply into the national grid.

The problems faced in the mentioned methods of power production are low level of water to drive the huge turbines at the hydro power plants and lack of gas to fuel the generating sets at the gas-powered plants which litter the Nigerian scape. To deal with this challenge, the government of President Muhammudu Buhari stated it will start producing power with the use of Coal – a decision which will see coal-powered plant contribute at least 30% into the current power-mix by 2030.

However, many questions exist: does the government recognize the full cost of harnessing power from Coal? If it does, is it ready with her partners to pay the price?

Answers to these questions and more were the focus of Global Rights in conjunction with Heinrich Böll Stiftung Nigeria, when the organizations presented a report on the Impact of Coal Mining and Coal Power Generation on Okobo and Itobe Communities in Kogi State.

According to Mrs. Tsema Okoye, a programme officer with Global Rights, Coal provides 40 percent of the world’s electricity, thus causing 39 percent of global carbon dioxide emissions which is responsible for rapidly depleting the Earth’s Ozone layer.

It may interest you to know that the destruction of the eco-system does not start at the point of using Coal to generate electricity; it begins at the point of mining the coal itself.

However, since Nigeria does not generate any power from Coal yet, we must ask ourselves the hard questions, such as: what commitments are we undertaking to ensure power would be produced from coal in a clean and efficient manner? How do we mitigate the negative effects of Coal mining on host communities, and many other questions?

A close examination of the report on visited coal mining site in Okobo, Kogi state tells the story of anguish, bitterness, resentment, anger, destruction, loss of livelihood, loss of life and suffering as expressed by community representatives who attended the event.

One of the major problems faced in Okobo community is access to portable water. The community members claim the company mining Coal in the area, Eta Zuma Mining Company which also had representatives in attendance at the event, had polluted their only source of water. Now, community members – usually women and children – have to travel many kilometers to get water fit for human consumption.

Mrs. Okoye noted that Eta Zuma had commenced coal mining four years prior to the study, and as a result, there has been weathering and leachate of the host rock. In fact, it was noted that a high quantity of heavy metals have resultantly dissolved into the water bodies around the mining site, making well water in the community highly acidic and unfit for human consumption.

Sadly, the report claims waste water collected from the mining pit was directly disposed into the community’s stream, which residents relied on for its domestic and commercial consumption. Thus, the only stream at Okobo has been polluted.

However, in a robust rebuttal, the mining company tried to shift blame, claiming they can’t take up the role of the government. Truly, in other part of the world, the government provides, roads, schools, electricity, water and other essentials of life the community is expecting the company to provide.

And in fairness to the company, they had dug at least three boreholes to source for clean water, but all the efforts failed; now they supply the community with clean water in tankers, thrice a week. The representative of Eta Zuma, its executive director, Ambassador Joseph Ayalogu stated that before their arrival, the quantity and quality of water available in the community had always been a problem. This assertion is understandable because of the large coal mineral deposits.

Another point of note is the death of a pupil who lost her life when a wall inside Okobo’s old school building collapsed while Eta Zuma was carrying out its Coal mining activities. The mining company has since built a modern six (6) classroom block for the community.

The effort of Eta Zuma in and around Okobo is generally commendable, owing to the fact they have no Community Development Agreement (CDA).

According to the Nigerian Minerals and Mining Act, 2007, a CDA is a formal agreement between the mining companies and host communities on obligations and terms of engagement of both parties. The document is a compulsory requirement before mining license can be granted by the supervising ministry.

The unavailability of the document four years after the company began mining legally in Okobo is an indictment on the Ministry of Solid Minerals.

Representatives of the ministry at the event claimed they are extremely understaff and underfunded. In fact, the Director Environmental Compliance Department, Ministry of Mines and Steel, Engineer Salim Salaam who attended the report presentation revealed that the Ministry of Information has eleven times the budget of his ministry – another indictment of the Buhari administration which had before now vowed to diversify the economy, using minerals resources spread across the country as alternative source of revenue.

It may also interest you to know that many licensed and unregulated artisanal miners in Nigeria have no plan for reclamation; neither do they give consideration to host communities.

So, in generating electricity through Coal, one must earnestly ask, is the federal government ready to pay the full cost of sourcing power through this means? In Nigeria, environmental laws are not strictly enforced, unlike the United States which produces about 1 billion tons of Coal annually, a little less than 12% of the world’s supply—second only to China and produces 40% of its electricity need from Coal.

In fact, U.S. mining companies have reclaimed more than 2.6 million acres of mined land over the last 35 years and have contributed nearly $10 billion for the reclamation of areas mined decades ago before reclamation was a common practice and legal requirement.

The case of Eta Zuma is a unique one – at least, they are engaging all the stakeholders. Most mining companies in Nigeria don’t. Though they are involved in one form of activity or the other that negatively impacts the eco-system, they are less concerned of the effects, and neither do they take conscious effort to mitigate the damage. Sadly, there is lack of political will to rein in their activities.

The Ministry of Environment can at best be described as clueless and confused. Representatives of the ministry at the event gave no articulate answers on what the ministry was doing to mitigate the destruction of the Nigerian environment. The role it plays in ensuring mining companies conduct an Environmental Impact Assessment, EIA, before mining license is granted could not be discerned.

In view of the environmental damage associated with generating power from coal, this writer asked Mr. Umaru Gambo, representative of the Minister for Power, Works and Housing on the provision of clean alternative source of producing electricity, specifically the wind mill farm that has been lying fallow in Kastina State. The timid representative muttered some words that were unclear and incomprehensible.

Truth be told, the Nigerian government seems ready to access the benefits of coal mining, but have no clue as to how to mitigate the attendant effects of such activities across the country. In the next few months, the steps taken by regulators would determine how willing the government is on paying the full cost of generating power from coal.

Ileowo is the chief strategist at Revamp Media.