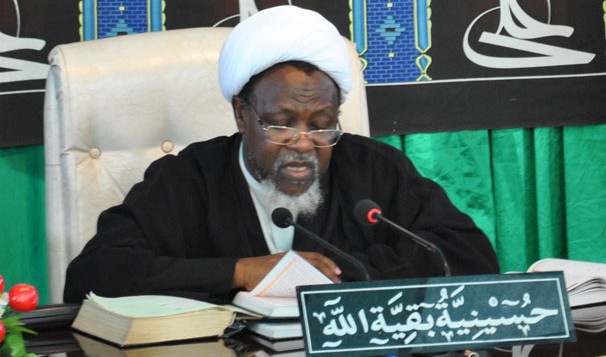 This week a video clip authored by unknown persons has gone viral in the social media, wherein aspersions were cast on the person of Professor Dahiru Yahya on his recent visit to Sheikh Ibraheem Yaqoub Zakzaky where he is being held incommunicado together with his wife since the military’s attack on his residence last month. In the said video, various Islamic scholars with different shades of opinion about Islam were quoted out of context on the massacre that happened in Zaria.

On viewing the video clip, even those not conversant with the workings of the Islamic movement, will begin to doubt if it really emanated from us, as the narrator in Hausa was trying to portray.
We hereby categorically make it clear that the Islamic movement has no hand in the making and distribution of the said video clip.

We on the other hand completely align ourselves with the laudable efforts of the Nigerian Supreme council for Islamic affairs in dealing with the issue. We laud its courageous stand as the umbrella of all Muslims, devoid of sectarian sentiments whatsoever. We support its efforts in seeing to the peaceful resolution of this unfortunate and avoidable attack on unarmed Muslims in Zaria by the Nigerian military.

The Islamic Movement conducts its affairs openly for all to judge. We are not a sect, but a mass movement of people with different shades of opinions of Islam and the world view. In whatever statement or utterances, emanating from us there is proper attribution. But in this video there is no proper indication of who were the producers.

In fact, the video in question might be the handiwork of our detractors, who are in tandem with those who attack the Islamic movement, trying to sow the seed of discord within the Islamic community on this issue that all well-meaning Nigerians and the International community rightly believe we are the victims.

We will not rest on our oars until and unless our most important demand is met by the government of Muhammadu Buhari, which is the unconditional release of our revered leader Sheikh Ibraheem Yaqoub Zakzaky, his wife and other brothers and sisters who are in detention.