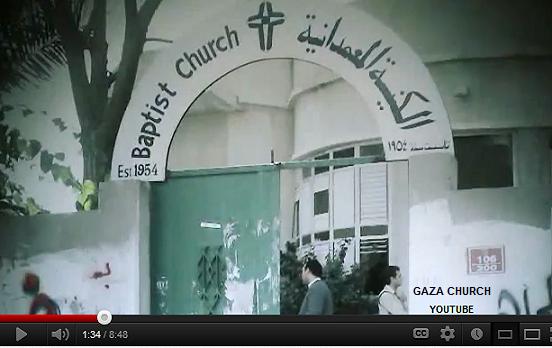 PressTv- An Israeli airstrike hits a church under construction in the Gaza Strip as Israel continues its new wave of deadly assaults on the Tel Aviv- besieged coastal territory.

‘Timing of attack no coincidence’

RT- Meanwhile, experts are starting to question the timing of the Israeli attack on Gaza which is not viewed as accidental. Israel will hold a general election on January 22 and conservative Prime Minister Benjamin Netanyahu has pledged to retaliate harshly against Hamas.

Eric Draitser, a geopolitical analyst for Stop Imperialism sees the attack as fitting in with the pre-election campaign to influence Israel’s general election.

“The timing of the attack is not a coincidence. Even though Israel’s Prime Minister Benjamin Netanyahu is seen as the only option, he was also pushing hard for Romney to win,” Draitser told RT. “And now this attack could be one of the ways Netanyahu is trying to exercise his own power in the country, showing that Israel is not weak and that the administration will push forward with this imperialistic agenda no matter who won the US election.”

Freelance journalist Lior Sternfeld has drawn a direct parallel between the pre-election November 2012 attack on Gaza and the 2008-2009 pre-election attack.

Even though Netanyahu does not face much opposition, “he knows that the way to ensure his victory in the upcoming elections will be by diverting the public discourse from demands of social justice to existential threats imposed on Israel by the bogeyman – Hamas,” Sternfeld argues in his column for Informed Comment. Read more…

NewsRescue- The recent escalation is said to have started on November 11th, when Palestinians accused Israel of shooting a 13 year old boy dead. Palestinian militants followed up on this attack by firing rockets into Israeli occupied Palestinian territory.

A spokesman for the ministry accused the Israel Defense Forces of killing the boy. “Hameed Abu Daqqa was killed by an Israeli military helicopter after being shot in the head while playing football with his friends east of Khan Younis,” ministry spokesman Ashraf al-Qidra told CNN.

We will bring you more on the war between Gaza Palestine and Israel as it comes in.