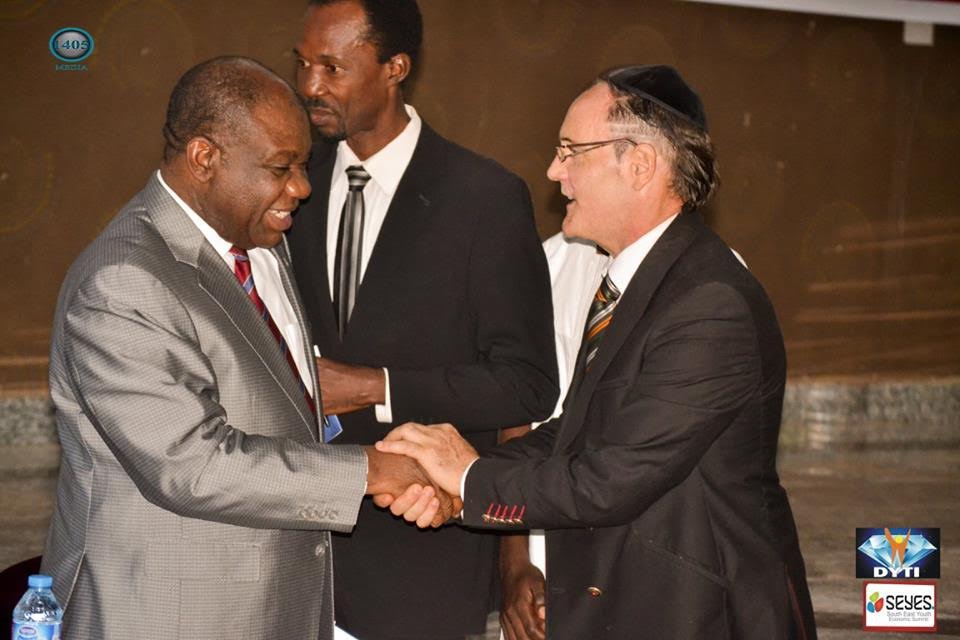 NewsRescue
Israeli Investors and technologists who were part of the South East Youth Economic Summit 2016(SEYES) also known as Igbo-Israeli Youth Economic Summit have fulfilled their promises of giving continuous technical support to participants and entrepreneurs  especially in the fields of agriculture, entrepreneurship and ICT.
This was contained in the situation report from the President of Diamond Youths Transformation Initiative(DYTI) Ambassador Uchechukwu Ekpere Paul  while  briefing the delegation of members of Igbo Mandate Congress (IMC) led by its Director General, Rev Obinna Akukwe while on inspection tour of some agricultural and business sites under the mentoring of the Israeli technicians.
Igbo Mandate Congress delegates visited sites in Awka, Abakaliki, Enugu and also spoke with team leaders of Diamond Youths who expressed their elation and hopes at the outcome of the Igbo Israeli South East Youth Economic Summit.
Mr Ikechukwu Kanu, an agricultural economist and investment banker is the Head, Investment Unit of Diamond Youth. He reported that the agricultural section was subdivided into seven units with different persons heading the sub-units. The units include piggery, poultry, fisheries, and vegetable, maize, cassava and rice sub units. According to Mr Kanu” the poultry project at Emene, near Enugu has over five hundred (500)pig units which are confined and its fat value reduced considerably. The transfer of technology from the Israelis have been helpful and locals have also been employed”
Mr Kingsley Odiamma is in charge of Poultry Unit. He reported that with the Israeli support on new ways of growing birds, including handling and management systems, they have acquired 3 plots and 12 plots in different locations with 600 and 1500 birds respectively.
Mr Ikechukwu Ani, a cleric turned farmer, is the Head of Fisheries Unit of Diamond Youth. He reported that they were trained in Aquapaulic farming by the Israelis such that as they grow their fishes, the waste water is recycled into ponds where they are used to grow vegetables like tomatoes, carrots, cucumbers, water melon among others. He also said that “with the help of some Israeli fish food and leaves, we accelerated the growth of 8600 units of fishes and have established eight fish ponds in Awka North and 14 ponds in Ugwogo Nike near Enugu”
Mr Augustine Okoye Chukwuma is in charge of Rice Unit. According to him, land has been acquired in Ugwogo-Ndiabo in Aninri Local Government to the tune of 100 hectares. He said that currently he is using Israeli technology and little support from Bank of Agriculture (BOA) Project.
Mr  Daniel Nwankwo is in charge of Cassava Unit. He reported that 120 hectares of land has been acquired and currently some planted with cassava at Isu-Onicha LGA of Ebonyi State. Mr Nwankwo and his team are currently undergoing more training on Israeli techniques on cassava but FADAMA have promised to help them with further technical support.
Miss Cynthia Linus Ugwuegbu, a graduate of human physiology, is in charge of Greenhouse Farming and Vegetables. She alluded that the Israeli trainings they received have helped in the production of greenhouse tomatoes which has over six month value. She also expressed joy at the further technical support from Miss Nneka Nebo whose vast farm they used for experimentation.
Miss Onyekwuru Chisimdu Stephanie , an Industrial Physicist, is head of Events Planning and Management. She said that they now have industrial ovens which they use for various bakeries and their products are n high demand in the city. The skills they received on management helped them develop into resourceful event planners. According to Stephanie “the Israelis taught us  to start small at the summit, and we started small and have grown big now”
Mr Eze Treasure is the Deputy Head of ICT. He explained that with the entrepreneurial mindset acquired from the Israelis they now teach willing youths skills on video editing, web design multi media and app development which according to him are “skills they can easily use to put food on their tables”
Delegates from Igbo Mandate Congress ( group which promotes Igbo Interest through non-violence, mutual understanding , respect  and cooperation of  other tribes and races) were stunned at the level at which the youth are applying new skills, technology and establishing small and large farms and businesses using the Israeli technical support.
Igbo Mandate Congress also noted that Dr David Day, Dvora Anat Perl and Yaspi Yoran are among the lead of the Israeli Technical support initiative while Professor Chinedu Nebo (former Minister of Power ), Dr Chukwuemeka Ezeife (former Governor of Anambra State) and  Architect Emeka Okoye (UK based Estate Entrepreneur)  provided local support.
Igbo Mandate Congress fact finding team were informed that an International  African Women’s Economic and leadership Conference will be coming up on the 25th and 26th of  May 2017 at the Dome Event Centre, Enugu. Those expected at the conference include Hajia Amina Mohammed (Deputy Secretary General United Nations), Mary Francois (USA)and Dr Chibundu Anene(USA) Dr Anthonello  lo Verchio (Italy),  Mrs Anat Perl (Israel) among others The leadership of Igbo Mandate Congress thanked the young and old  entrepreneur and expressed the hope that the upcoming women summit will have a greater impact as the successful South East Youth Economic Summit.
photo l-r Prof Chinedu Nebo, Rev Dr Obinna Akukwe, Dr David Day at the South East Youth Summit taggedIgbo-Israeli Summit)