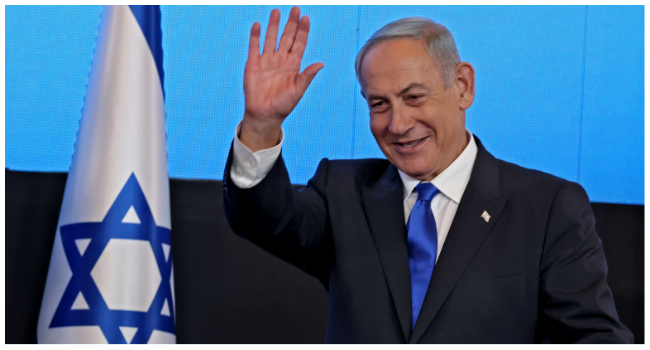 Former Israeli prime minister Benjamin Netanyahu will receive an official mandate Sunday to form a government that could be the most right-wing in the country’s history, sparking concern at home and abroad.

After a period of unprecedented political gridlock that forced five elections in less than four years, polls on November 1 gave the veteran leader and his far-right allies a clear majority in the 120-seat parliament, likely sealing Netanyahu’s return to power.

The former premier has been summoned “to accept the task of forming the government from the president on Sunday”, it added.

He will have 28 days to form a cabinet, with a 14-day extension available if required.

His right-wing Likud party and its allies — two ultra-Orthodox Jewish parties and the extreme-right Religious Zionism bloc — won 64 seats in the Knesset, enabling Netanyahu to form a stable governing coalition.

The 73-year-old remains on trial over corruption allegations, which he denies