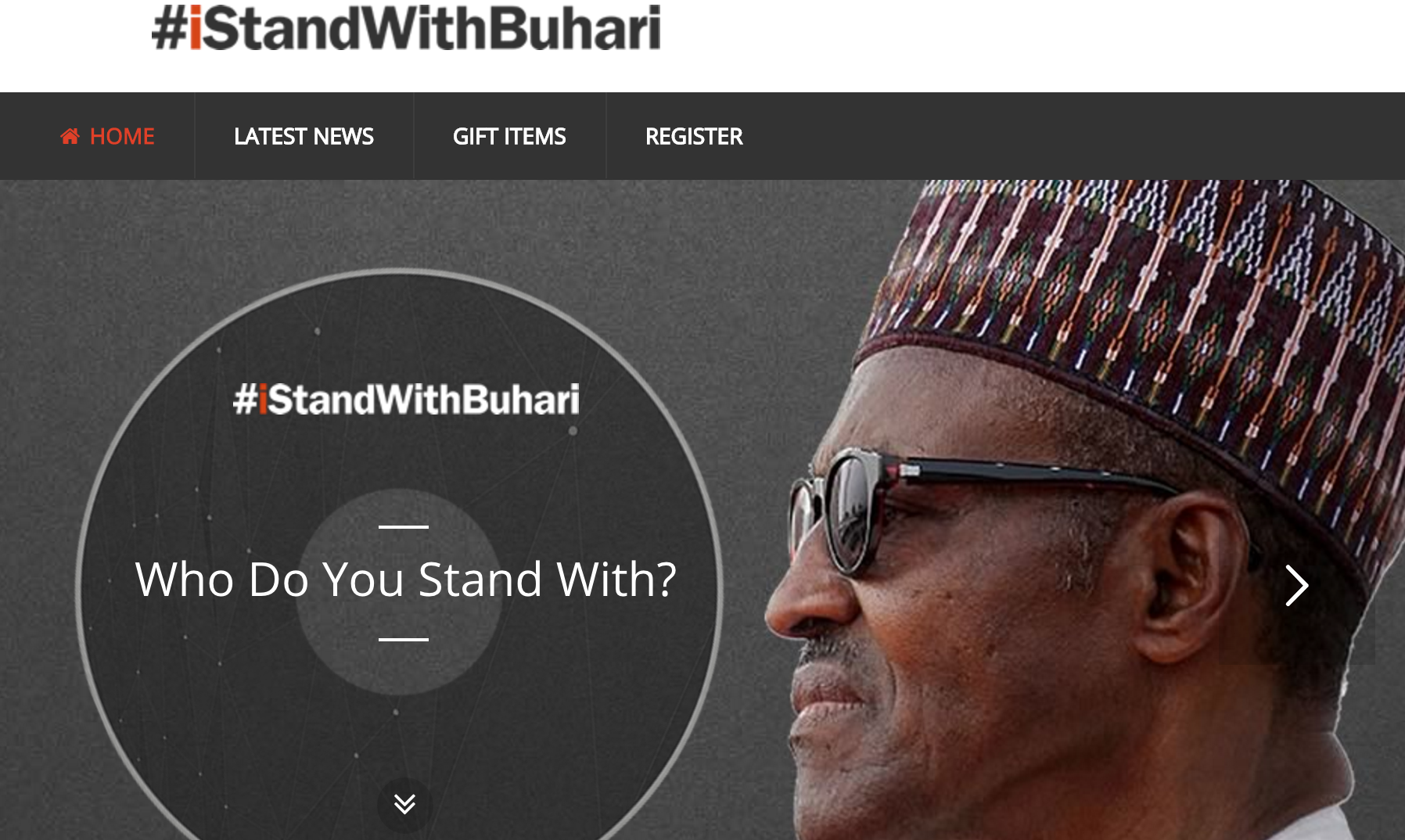 The next General elections in Nigeria will be taking place in 2019, but the time left to campaigns has not deterred pro-Buhari fanatics from kicking off the 2019 campaign years ahead of the mark.

The APC supporters launched the “#iStandWithBuhari” campaign on website, twitter, facebook, instagram and all other social media platforms to coalesce inalienable support for the almost one-year long Buhari candidate ahead of the upcoming elections.

The party campaign website promised a 9 million man march coming up to show that Nigerians support Buhari’s candidacy. The site propaganda materials, slogans and logo reminds of several similar pro-former President Jonathan productions made by “TAN,” Transformation Agenda of Nigeria, and other similar organisations, usually sponsored by party bigwigs and the Presidency.

While critics have commented that at this trying time Nigerians should rather stand with the nation and support the government in good while giving responsible criticism in errors, the “iStandByBuhari” political project came about in response to criticism condemning the President for his remarks during a media chat where he defended the violation of the constitution in illegal detention of several Nigerians including Nnamdi Kanu of Radio Biafra and the former NSA Sambo Dasuki.

Criticism Is Healthy For National Growth

The President fell under quick widespread criticism for his open confession of being approval of the violations and several petitions were raised against him. These spawned the “iStandByBuhari” political campaign caucus.

Islamic cleric Ahmad Gumi has severally warned about the risks of the type of fanatic support Buhari has, with citizens who can kill for the president regardless of his actions.

President Buhari still enjoys public goodwill which some are afraid has slowly started to erode due to “dictatorial” brute directives, propagation of false media information including in the Maiduguri Boko Haram deadly attack the administration denied happened, the false claim of a Boko Haram defeat last December, and recent budget revisions and other factors out of his control linked to the economic hardships courtesy of tanked global oil prices. An unsteady economic policy with a reactionary ban on foreign currency transactions, now lifted, has also been blamed for economic woes and some dwindling trust in the hand of the almost one-year old government.