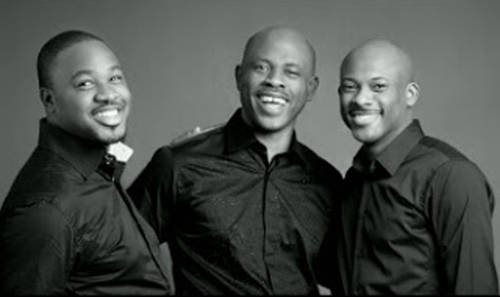 SaharaReporters has exclusively learned that two sons of Nigeria’s former Minister of State for Defense, Musiliu Obanikoro, are currently on the radar of the Economic and Financial Crimes Commission (EFCC) over a massive amount of monies transferred to their accounts from funds budgeted for the procurement of weapons and other equipment for the country’s military. Two sources at the anti-graft agency told a correspondent of SaharaReporters that the EFCC had traced N4.745 billion to the bank account of Sylvan McNamara Limited, a company in which the former minister’s two sons, Ibrahim Babajide and Gbolahan Olatunde Obanikoro, have major interest.

One of the sources revealed that all the transfers were made between June and December 2014. The period coincided with the preparations for and the conduct of the Ekiti State governorship election, ultimately won by Ayodele Fayose of the Peoples Democratic Party. SaharaReporters had exclusively obtained and released an audiotaped conversation in which Mr. Obanikoro, Mr. Fayose, former Minister for Police Affairs Jelili Adesiyan, and a few other PDP stalwarts instructed a top military officer, Brigadier General Momoh, on strategies for rigging the election for the PDP governorship candidate by intimidating supporters of then incumbent Governor Kayode Fayemi. Mr. Kayode also inaugurated a new campaign mode he nicknamed “stomach infrastructure,” which involved the doling out of massive amounts of cash to voters.

One investigator involved in looking into transfers of funds to Sylvan McNamara’s account hinted that some of the cash was  routed to Mr. Fayose’s campaign.

Our sources disclosed that both Gbolahan and Babajide Obanikoro were listed as directors of the company earlier incorporated in 2011 by Ikenna Ezekwe, Idowu Oshodi and Elizabeth Adebiyi. They added that Mr. Obanikoro’s two sons were also signatories to the company’s account until 2014 when one Olalekan Ogunseye was made sole signatory.

Our EFCC sources disclosed that investigators had discovered no contracts to back or justify the hefty payments made by the Office of the National Security Adviser, then headed by retired Colonel Sambo Dasuki, to Sylvan McNamara Limited.Mr. Dasuki and numerous politicians have been indicted for illicit disbursement of more than $2 billion budgeted for the procurement of weaponry to empower the Nigerian military in its counter-insurgency operations against Islamist militant group, Boko Haram. While Mr. Dasuki disbursed the defense funds to politicians at the orders of former President Goodluck Jonathan, the Nigerian Army suffered high casualties as Boko Haram fighters attacked and sacked several military barracks.

The former Defense minister, Mr. Obanikoro, is currently resident in the US where he is reportedly registered as a student of history at  Oglethorpe University in Georgia, USA. One of his two sons linked with the massive fraud  resides in Suwanee, Gwinnett County in the state of Georgia where they own real estate purchased in August 2014.