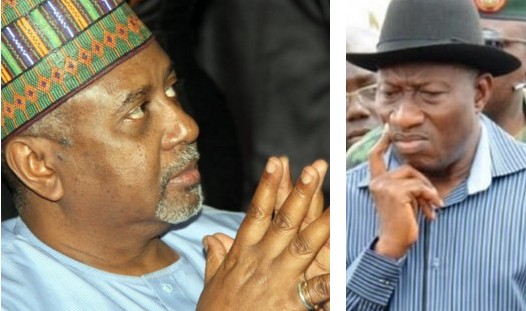 A founding member of the Peoples Democratic Party, PDP, and the party’s former Board of Trustees member, Senator Joseph Waku says it is very unfair for the former National Security Adviser, NSA, Sambo Dasuki, to be detained while ex-President, Goodluck Jonathan, who has been “a central and key figure” in the alleged diversion of money meant for arms procurement is left a free man.

Noting that Dasuki has repeatedly linked the former President to the scam, he asked in an interview with Saturday Sun, “can Dasuki do anything on his own without the consent and approval of the president and the commander-in-chief?”

The now All Progressives Congress, APC, chieftain requested President Muhammadu Buhari to order the immediate arrest of his predecessor, insisting that letting the Jonathan alone feeds the big man syndrome which he described as one of the things killing Nigeria as a nation.

His words, “Is Jonathan bigger than Ni­geria? Will Jonathan be the first former president to be investigated or quizzed over corruption? We should be able to draw a line between sentimentalism and patriotism. To me, asking Jonathan to speak out or being quizzed is an act of patriotism. Asking that he should be left alone is sentimentalism.”

While bemoaning the calibre of people involved in the $2.1bn arms fund scandal which he called a shame of a nation, Waku said, “It is very shocking and disgraceful, most especially when you look at the caliber of people involved.

“Look at the names that Dasuki has been mention ing as beneficiaries of the loot. These are people that Nigerians until now look up to with respect. Tanko Yakas sai, Tony Anenih, Haliru Bello, people who are supposed to be role models, now turning into looters. It is a big shame. I’m highly disappointed with these people.

“What does Anenih want again at his age? What does Yakassai want again at his age? It is a big shame on these two men refered to as elderstatemen, to be involved in alleged sharing and looting of funds meant to purchase arms for our troops to fight Boko Haram. These two old men should not only apologise to Nigerians, they and others that par­took in the sharing should refund the money to the national treasury.”