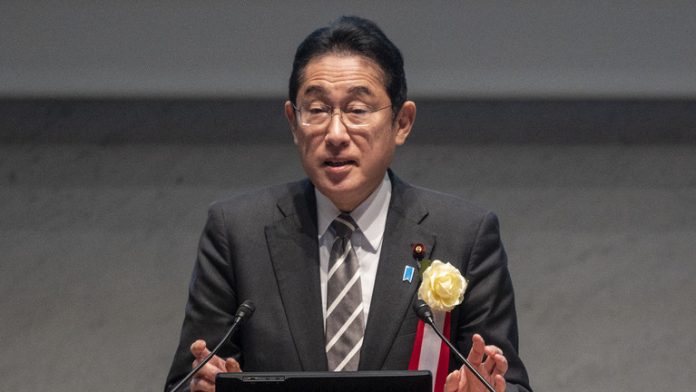 Japan is looking to strengthen its military ties with the United States, according to Prime Minister Fumio Kishida ahead of a trip to Washington. His remarks came amid rising tensions between the United States and China over Taiwan, as well as North Korea’s increased missile tests.

“We will demonstrate to the rest of the world an even stronger Japan-US alliance, which is a lynchpin of Japanese security and diplomacy,” Kishida said on Wednesday, according to the Associated Press. “We will also demonstrate our commitment to achieving a free and open Indo-Pacific.”

Kishida will meet with President Joe Biden on January 13 in Washington, DC.

The leaders will discuss tensions with China and North Korea, as well as Russia’s military operation in Ukraine, according to the White House.

Last year, Tokyo updated its National Security Strategy, the country’s primary military planning document, to include “counterstrike capabilities.” At the time, Kishida argued that Japan’s existing missile defenses needed to be upgraded to meet “threats” from North Korea and China.

Japan adopted a record $51 billion draft defense budget for fiscal year 2023 in December. The ruling Liberal Democratic Party has also advocated for a revision of Japan’s postwar pacifist constitution. The document, which was adopted under US auspices, technically prohibits the country from using force or maintaining a standing army. Tokyo should make the status of its self-defense forces more “explicit,” then-Prime Minister Shinzo Abe said in 2017.

The United States has approximately 55,000 military personnel stationed in bases throughout Japan. Every year, Washington and Tokyo conduct a number of joint exercises. The Japanese government approved a plan in March to spend $8.6 billion over five years to support US military facilities in Japan.