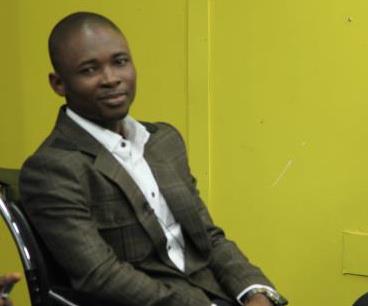 Celebrated Nigerian Blogger, newspaper columnist and well travelled speaker Japheth Omojuwa appears set to take the first legal step against the revelations over a group of people who allegedly gathered to discuss his person, with death threats allegedly issued against him by the parties involved. In a document made available to us, which is pictured here, Mr. Omojuwa represented by Abuja based “Kech Ford Lawyers” is suing one Osita Duru behind the @RadicalYouthMan Twitter account for N450million for impugning on his character and defamation. The libel case appears to be a smaller issue compared against the criminal prosecution promised in the document.

According to the document, the Twitter user has been given 5 days to retract and apologise to avoid a criminal prosecution amongst other issues. The Nigerian authorities have since been alerted as indicated by the statement and the Inspector General of Police, Solomon Arase and the Minister of Justice Abubakar Malami were both copied in the document. It remains to be seen the steps to be taken by the accused but from all indication, Mr. Omojuwa will not be taking the death threats with kid gloves. Omojuwa has been under constant attack from supporters of former President Goodluck Jonathan over what they deemed as his influential role in the defeat of the president by President Buhari at the March 2015 polls. His name was discussed alongside the Nigerian government and president Buhari in a WhatsApp group “PDP SM THINK TANK” allegedly led by one Adeyanju Deji who himself was allegedly prosecuted for murder in Kano between 2005 and 2009. We will keep you posted as things unfold.