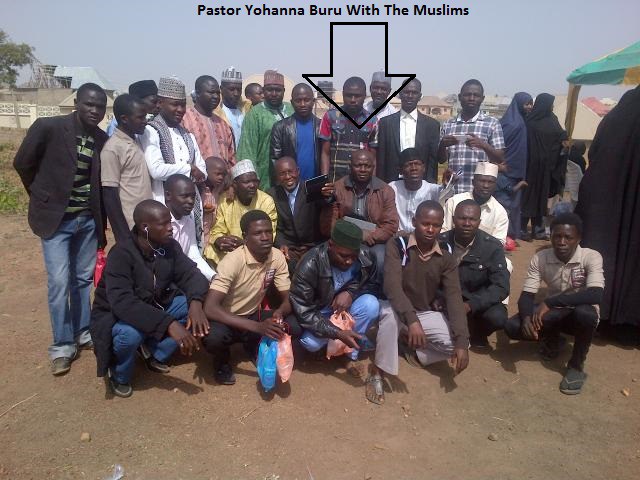 As various witnesses are called to micro analyze aspects of the social and religious record of the Shia Muslims popularly called the “Shiites” in Kaduna over 40 years, one can anticipate the invitation of persons like Pastor Yohanna Buru, head of Christ Evangelical Church to testify about the rather unusual and historic interfaith tolerance acts of the Shiites and Islamic Movement of Nigeria, IMN.

Nigeria and indeed the world went abuzz and was lighted up with rather unusual news of Muslims defending Churches in Kaduna, the December of 2014. This as Boko Haram terror against Churches and other related and unrelated frictions had made Kaduna a hotbed of Muslim vs Christian deadly clashes leading to a notably high level of intolerance and strife with recurrent eruptions of severe violence that had left hundreds dead and a nation further divided.

This story of Muslims defending Churches also came as Nigeria headed to its frictional Presidential elections with former President Goodluck Jonathan being noted to perambulate from Church to Church whipping up religious sentiments and investing heavily in attempting to create a sharper divide between Muslims and Christians in hopes of securing a Christian consolidated victory.

The news suddenly had it that a group of some 200 Muslims in Kaduna had engaged with Christians during the Christmas including at a particular Church of famous interfaith dialogue Pastor Yohanna Buru, and that these “different” Muslims had former a perimeter around the Churches, as a shield against any attacks from Boko Haram.

The news was shocking. As it reverberated around the world, people could hardly believe it. Muslims in Nigeria’s Kaduna defending Churches from Boko Haram? As a representative of Muslims Against Terror, another group that had invested since 2012 in communiqués that promoted this kind of activity (See: Communiqué: Fear None Save Allah. Defend Islam, Defend People, Defend Churches, Defend Nation) and saw how it permanently averted Boko Haram terror against Churches with the terror group refocusing on Muslims and giving up on its initial sinister plan to trigger sectarian crises and get the Muslims and Christians to fight and kill each other on its happy behalf, I was particularly impressed beyond measure.

The Muslim Holy book says of such actions in chapter 22 verse 40: “Those who have been expelled from their homes without a just cause except that they say: Our Lord is Allah (The God). And had there not been Allah’s repelling some people by means of others, certainly there would have been pulled down cloisters and churches and synagogues and mosques in which Allah’s name is much remembered; and surely Allah will help him who helps His cause; most surely Allah is Strong, Mighty.”

The globally broadcast news of Muslims defending Churches in Kaduna was so different and stunning Christian Association of Nigeria, CAN President Ayo Oritsejafor rejected it, especially as it had immense benefit in destroying the major political strategy of the Jonathan camp in utilizing anti-Boko Haram sentiment, to fanatically ‘mislead’ and coalesce Christians into an anti-Boko Haram and in effect, anti-north (Buhari) frenzy. (Refer to Bishop Oyedepo’s sermons declaring his ‘appointment’ to slay and defeat Boko Haram by stoping the return of northern rule).

Later as the story was further confirmed with News Agency of Nigeria, NAN reports and photo images and other evidence appearing across the media, it was found that it was the so-called Shiites, or better put, Muslim volunteers of the Islamic Movement of Nigeria, IMN that had done this benevolent, unique and historic act that aided Muslim-Christian relations not only in Nigeria but across the world, and frustrated Boko Haram, ISIS and al-Qaeda and aided the victory of President Buhari by delivering a decisive, deadly blow to politics of religious sentiments.

The National Coordinator of Muslim Media Watch Group of Nigeria, MMWG, Alhaji Ibrahim Abdullahi was reported in the media to have described the action by the Muslim youths as a “wonderful act of brotherhood that would go a long way to promote unity, understanding, tolerance and stability in the state. 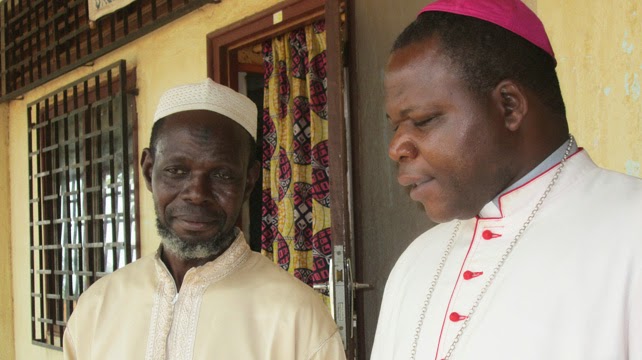 Pastor Buru, expected to testify at the Justice Mohammed Garba-led judicial panel, JCI, had said, “I really appreciate their love and care… the essence of that was to protect the Christian worshippers as part of effort to strengthen peaceful co-existence between Muslims and Christians in the state.” [BibleInc]

Further saying, “We are happy to have them in our church to come and worship with us at the same time offer us protection. I am delighted with the development. We call you here not as guests, but as brothers and neighbours. We urge Muslims and Christians to reconcile and forgive one another before the re-emergence of the awaited saviours.”

Dr. Shu’aibu Musa, is reported to have extended the goodwill message of the Islamic Movement in Nigeria to the Christian faithfuls at Christmas and called for more collaboration to rid the society of religious extremism.

This was one of the first times many of us noticed and paid attention to the Islamic Movement of Nigeria or so-called Shiites-majority organization that had done something so divinely different, it had broken all stereotypes of Nigeria and its Muslims. It was at this time that some of us noticed other similar and rather extraordinary benevolent acts the movement known today more for the notoriety of the consequences of its millions-large numbers and their stressing and inconvenient street marches, was recognized for in community building and fostering inter and intra-faith peace, as a  result of which the Shiites or Islamic movement had been recognized and given Peace awards by the government of Kaduna state.

We look forward to Buru and others’ testimonies at the panel.