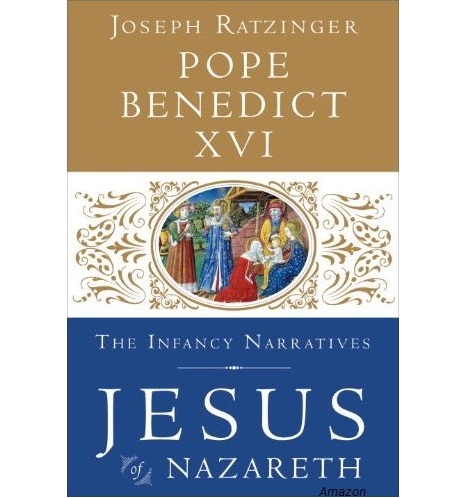 Jesus was born on the Feast of Tabernacles. He was not born on “Christmas Day.”

Jesus was not born on December 25. That is the date of a pagan festival of the sun god Tammuz merged with Christianity under Constantine. However, the evidence is overwhelming that Jesus was born during the Feast of Tabernacles.

Zachariah, John the Baptist’s father, was ministering in the Temple when an angel told him he would have a son. He belonged to “the priestly group of Abijah.” (Luke 1:5). Abijah was eighth in line according to the Jewish time-table for priests ministering in the Temple: “The first lot fell to Jehoiarib, the second to Jedaiah, the third to Harim, the fourth to Seorim, the fifth to Malchijah, the sixth to Mijamin, the seventh to Hakkoz, the eighth to Abijah.” (1 Chronicles 24:7-10).

The angel told Zachariah John the Baptist would come “in the spirit and power of Elijah.” (Luke 1:17). Indeed, Jesus confirms that John the Baptist is the expected Elijah. He told the disciples: “‘Elijah has already come, and they did not recognize him, but did to him whatever they pleased. So also the Son of Man will certainly suffer at their hands.’ Then the disciples understood that he was speaking to them of John the Baptist.” (Matthew 17:11-13).

Birth of the Messiah

If John the Baptist was born during the Passover, then Jesus must have been born during the Feast of Tabernacles. There are six months between both feasts, and we are told Mary became pregnant six months after John’s mother, Elizabeth:

“(Zechariah’s) wife was expecting a baby, and for five months she did not leave the house. She said to herself, ‘What the Lord has done for me will keep people from looking down on me.’ One month later God sent the angel Gabriel to the town of Nazareth in Galilee with a message for a virgin named Mary.” (Luke 1:24-27). “Your relative Elizabeth is also going to have a son, even though she is old. No one thought she could ever have a baby, but in three months she will have a son.” (Luke 1:36).

Think about it. Does it not make perfect sense that “the light of the world” should be born during the “Festival of Lights;” when lamps illuminate the entire city of Jerusalem? That is the Feast of Tabernacles. It is also known as “the Season of our Joy;” so it makes sense for the angel to tell the shepherds he brings “good tidings of great joy” concerning Jesus’ birth during the joyful season of the Feast of Tabernacles:

The angel said: “Behold, I give to you good tidings of great joy, which shall be to all people. For to you is born today, in the city of David, a Savior, who is Christ the Lord.” (Luke 2:10-11).

Quite appropriately, the Feast of Tabernacles is the only Jewish festival which is for “all people,” both Jews and non-Jews. It is for all the families of the earth:

“It shall be, everyone who is left of all the nations which came up against Jerusalem shall go up from year to year to worship the King, Jehovah of Hosts, and to keep the Feast of Tabernacles. And it shall be, whoever will not come up from all the families of the earth to Jerusalem to worship the King, Jehovah of Hosts, even on them shall be no rain.” (Zechariah 14:16-19).

This means Jerusalem becomes filled up with visitors during the festival, and they spill over into the surrounding regions including Bethlehem, which is only about five miles away. As a result, there is likely to be a shortage of guest-houses in Bethlehem; accounting for the difficulty of Mary and Joseph in finding suitable accommodation.

In writing about the incarnation of Jesus, John employs the terminology of tabernacles. He says the Word became flesh and “tabernacled” among us. (John 1:14). Indeed, one of Jesus’ spiritual names means “God with us:” “‘A virgin will have a baby boy, and he will be called Immanuel,’ which means ‘God is with us.’” (Matthew 1:22-23). It therefore makes sense that God would choose to come down to earth in the person of Jesus Christ to tabernacle with men during the Feast of Tabernacles.

It is also quite conceivable that the wise men from the east were Jewish rabbis, anticipating the coming of the Messiah according to Daniel’s prophecy. (Daniel 9:24). At the time of Jesus’ birth, the largest Jewish population was not in Palestine but in Babylon, where they had been carried into exile by Nebuchadnezzar. Babylon is east of Palestine; and a “magi” or wise man is another expression for a “rabbi.” Daniel for example, who was named Belteshazzar, was regarded as one of the magi of his time. (Daniel 4:9).

During the seven-days of the Feast of Tabernacles, Jewish families live in booths built with branches of trees. It is customary to leave a hole in the roof so as to be able to look at the stars at night. Therefore, the Feast of Tabernacles is the perfect time for Jewish magi east of Palestine to notice the appearance of the star of Bethlehem.

That is why it is important to note that the magi did not get to Bethlehem at the time of Jesus’ birth, as erroneously portrayed on Christmas cards. By the time they arrived, Jesus was already a young child: “When they had heard the king, they departed; and, lo, the star, which they saw in the east, went before them, till it came and stood over where the young child was.” (Matthew 2:9).

It must have taken them up to two years to get there, which is why, in the bid to kill Jesus, Herod killed all the children in Bethlehem from two years old and under: “When Herod found out that the wise men from the east had tricked him, he was very angry. He gave orders for his men to kill all the boys who lived in or near Bethlehem and were two years old and younger. This was based on what he had learned from the wise men.” (Matthew 2:16).

All this point to one thing. Jesus was born on the Feast of Tabernacles. He was not born on “Christmas Day.”