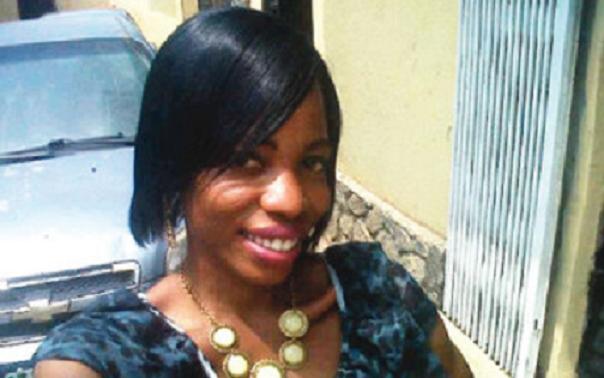 NewsRescue-When in November 2012, Winifred Okey, received a call-up letter to begin her National Youth Service Corps programme in Rivers State, she was extremely happy. This was because she wanted to be posted there so that she would be close to her friends, who were staying there.

The 23-year-old graduate’s happiness was however cut short after she was set ablaze at the corper’s lodge in Asari Toru Local Government by her ex-boyfriend.

Matches, motive and a keg of petrol

It was learnt that on July 19, 2013, Winifred, a graduate of Michael Okpara University of Agriculture, Umudike, Abia State, was in her room in company with her roommate when her ex-boyfriend, Chinedu Ogbonna set their room ablaze, burning Winifred and another corper roommate beyond recognition.

A member of the family, who wished to remain anonymous, said, “Winifred was the first child of the family. She has a younger sister, Ruth. We were all in Lagos when we received a call from NYSC that Winifred was in a critical condition so her parents traveled to Rivers State immediately.

“We learnt that Chinedu Ogbonna, her former boyfriend in the university, went to her room at night, emptied a keg of petrol on the door and set the building on fire. Other residents rushed to the scene and were able to rescue Winifred and her roommate, but Winifred had been badly burnt.

“They were rushed to the University of Port Harcourt Teaching Hospital.”

It was learnt that Winifred’s parents stayed with her at the hospital till July 31, 2013, when the graduate of Home Economics died due to the burns she had sustained.

Initially there was no suspect as the attacker was not sighted nor Winifred, described as easy-going, friendly and unassuming, known to have any enemies until it came to light that her ex-boyfriend, Chinedu Ogbonna said to be from Ovim in Isikwuato Local Government Area of Abia State, a Mechanical Engineering graduate from the same institution as the victim but was yet to go for service, had sent text messages threatening to deal with her for calling off their relationship. He was also said to have sent similar text messages to Winifred’s new lover.

Not much is known about what made the relationship between the deceased and Chinedu go sour, but the family member revealed that as a confidant, she knew the deceased was in an abusive relationship and probably had enough to decide to finally call it quits. 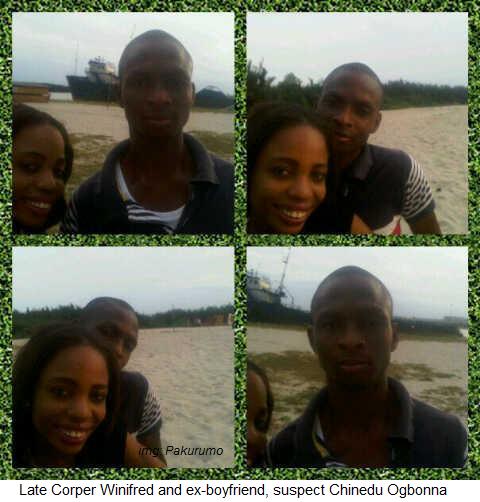 She said: “When the incident happened, Winifred’s current lover (name withheld), showed her family the several text messages Chinedu sent to his phone as well as Winifred’s but the messages couldn’t be retrieved from her phone as it was damaged in the fire.

“The family then called Chinedu, who resides with his parents in Port Harcourt on his phone number to inform him of what had happened to Winifred.”

The source added that Chinedu rained curses on the perpetrators of the dastardly act and promised to come and visit her in the ICU of UNIPORT’s Teaching Hospital.

True to his word, Chinedu showed up at the hospital the following day after the incident and was immediately apprehended by some members of Winifred’s family with the help of security.

The source noted that “When he was caught, it was observed that Chinedu was wearing hand gloves which was odd and upon removal, fresh burns were seen on both of his hands which made the family to believe that he was the one that committed the crime as he could not give satisfactory explanation as to how he sustained the burns.”

When Winifred’s family was asked why the suspect, Chinedu might have committed the act, they said they did not know as they had never met him before.

A cousin of the deceased said, “Winifred and the guy met in school, but the guy lives in Port Harcourt while we live in Lagos. The incident is still a shock to us.”

Winifred was said to have been dating someone else, which did not go down well with Chinedu.

Winifred’s father, Mr. Okey Okey said his daughter’s death was a shock. He, however, said he could not speak at length because he was having a family meeting over the incident.

The state command’s Police Public Relations Officer, DSP Angela Agabe, could not be reached as her phone rang out while a text message sent to her phone was not replied to.

She added that the NYSC would ensure that that the matter was followed to a logical conclusion.