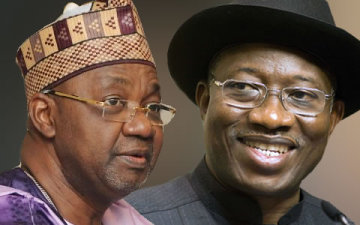 The Peoples Democratic Party, PDP, has said that no change could be better than the rapid change in all sectors which Nigeria has undergone in the last four years, declaring the continuity of President Goodluck Jonathan as the real change the nation needs.

A statement by the national Publicity Secretary of the PDP, Olisa Metuh, Tuesday said no administration in the history of Nigeria has turned in high flying, all sector delivery in its first four years as Mr. Jonathan’s.
Mr. Metuh said in adopting “change” as its slogan, the APC has shown it is out of tune with reality as change has since begun under the present administration.

The party said the mark of true leadership is the ability to stay the course notwithstanding the level of distractions orchestrated to make the leader lose focus.
He said that President Jonathan has beaten every adversity to achieve an unprecedented transformation of Nigeria.

“What change is greater than an unimpeachable delivery in both fundamentals and incidentals of democracy? The basic and true test of democracy lies in the level of freedom available to the citizenry, in the separation of powers and in the value attached to the expressed wishes of the people in timely polls. To these cardinals of democracy, President Jonathan has been a slave!

“The change lies in the change of values and attitudes towards decades-long corruption as occasioned by the firm stand of President Jonathan on zero tolerance and in establishing the Freedom of information law which have made Nigerians discuss freely and expose corruption while government battle the ill within the ambit of the law.

“Today under President Jonathan, Nigerians relish in all fundamental freedoms even to a level where the opposition denigrate the person and the office of the President, yet no one is harassed and none, a political prisoner. Besides, the legacy of credible elections instituted in 2011 has gathered enough steam with President Jonathan’s insistence on one man, one vote. Votes now count and for the first time in our recent history, Nigerians raise their voters cards (PVC) in pride as a sign of strength and weapon for the enthronement of leaders of their choice.

“The change, the statement continued, lies in the continuity of the current infrastructural turn around where lethargy in the unbundling of the energy sector was swiftly overcome and more power stations completed to up and stablise power supply as the critical base for accelerated development. The change is where a record 25,000 out of 35,000 km of Federal roads were either re-constructed or rehabilitated in just four years and railways long abandoned for decades now back on steam.

“There can be no better change better than in the diversification of the economy and where the investment friendly environment created by the Jonathan administration has buoyed up the economy with local and foreign investments; importantly, strengthening genuine local entrepreneurs for global competition, with automobiles for example now manufactured Nigeria.

According to the PDP, “the change that Nigerians yearn for is that which consolidates the capacity of a leader who established fourteen new federal universities in four years; holds close to the heart, the future of the children of the poorest of the poor in establishing the Almajiri and out-of -school children education system.”

“The change lies in that leader who knowing the critical importance of health and agriculture in directly impacting on the wellbeing of the citizens engineered a radical change that removed a corrupt fertilizer and other agro-input distribution mechanism, gingering productivity by 9 metic tons of food and shutting down food import by USD 5.3 billion in 2014 while creating over 2.7 million direct farm jobs. He also repositioned health services, returning federal health institutions to real referral centres of excellence with capacity for treating all ailments and raising life expectancy to 53 years from 49years.

The PDP further charged that the opposition slogan of change is a mask for their inability to fashion out an alternative roadmap to greatness, urging Nigerians to ask them if their meaning of change is a return to ‘ Egypt’ where Nigerians queue up for days to buy petroleum products or the reversal of the realty of today where indigenous Nigerian oil and gas companies have been empowered and are now masters of the turf.

“We wish Nigerians to ask whether change means a return to an era where governments bought no single weapon for the armed forces to build its strength and make it formidable.

“Nigerians deserve to know whether change means a throwback to the time where instead of using institutional means to fight corruption within the ambit of the law, government would use extra judicial instruments to deprive Nigerians of the very essence of democracy in the name of fighting corruption.

According to the statement, ” since no one changes a winning team, more so where the opposition has no better alternative except in sloganeering ‘change’, the change remains the continuity of the excels of the present PDP government, through a leader who has shown absolute faith in God, fidelity to the laws of the country and respect for the rights of his compatriots.”