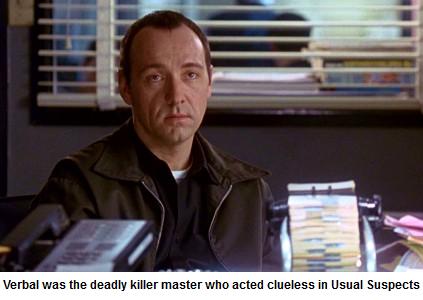 The greatest trick the devil ever pulled was to convince the world he didn’t exist. – Roger “Verbal” Kint

Yes, Verbal said that in ‘Usual Suspects.’ Unlike the legendary Femi Fani-Kayode did with his ‘quote’ from ‘The Iliyad,’ I am not going to falsely claim the movie quote is from some medieval literature and a quote I took to heart from childhood, no, it was from a movie I heard it – Usual Suspects.

It is official: the Nigerian army is jeopardized, sabotaged, underfunded and under supported. Serial mutiny events of the soldiers drafted to the conflict northeast; serious complaints of low quality and scarce equipment, defunct drones, scrounge numbers of bullets, poor habitation conditions, even meals; and international including US expert reports have all verified that despite a huge portion of the nation’s budget being allegedly set aside to fund and support Nigeria’s military, the service is being wholesomely undermined.

It is easy to overlook this as simply corruption in Nigeria, another day, another sector. It is also convenient to classify the failures of properly supporting a military hitherto recognized as one of the best in Africa, as simply being due to the ‘cluelessness’ of the Nigerian president. But are we being too simplistic? Is there possibly more behind the way Nigeria’s military are easy prey for Boko Haram and how Boko Haram conveniently raids military posts and barracks and seizes tanks, Armored Personnel Carriers, APC’s, and sophisticated weaponry which they use without recourse on the farmers of the northeast?

When one analyzes issues in such simplistic fashion, one tends sometimes to overlook what might otherwise be glaring. It will be naïve to assume the decisions of Nigeria’s governance are made by President Jonathan, who we say is clueless, alone. Decisions are made by many in his regime who are as smart as the smartest of us. Jonathan may be clueless, but the people around him, his cabinet and service chief’s are not. Thus, perhaps the underfunding and undermining of the Nigerian army is not an inadvertent error or accident but a deliberate plan and strategy. Perhaps the maintenance of this war with both sides just kept strong enough to continue fighting and inflicting losses on each other, but the Nigerian army never being given the necessary land and air tools to finally terminate Boko Haram in their open hideouts, is no accident, but a strategy to cripple – the army of Nigeria, that is.

There is little question that if President Jonathan declares to contest in 2015, he will not get up to 10% of the electorate to vote him. His messages and those of his spokespersons have been clear on this – a victory for any opposition… as Dokubo says, ‘if Jonathan does not do his ‘rightful’ two or three terms, get ready for war.’ What is the confidence of the Niger Delta who supposedly turned in their arms in the amnesty program, to wage war against Nigeria? To answer this question, one has to look at Nigeria’s first private army; the army of Tompolo. Nigeria’s President has officially transferred billions of naira to fund a Tompolo private army to supposedly ‘protect Nigeria’s Niger Delta from vandals. Oil theft from the creeks has risen since this private army was constituted to levels not seen in recent history, this spells out the fact that the Tompolo army is not serving the supposed function for which it is paid handsomely. So we must ask; what is the true aim of the Government Tompolo Niger Delta private army?

Is it possible that Nigeria’s president has a plan to undermine the capacity of Nigeria to defend itself from a war to be waged by his loyalists in the Niger Delta in the event of his defeat come 2014, or in 2019 after his tenure expires if by some mad miracle he does win? Should we continue to ignore the rumors of arms build-ups in the Niger Delta and not weigh this in light of the sabotage of the nation’s military?

As our soldiers and civilians die in the northeast in this meaningless, unduly protracted war, we must start to ask ourselves the other, uncomfortable questions.