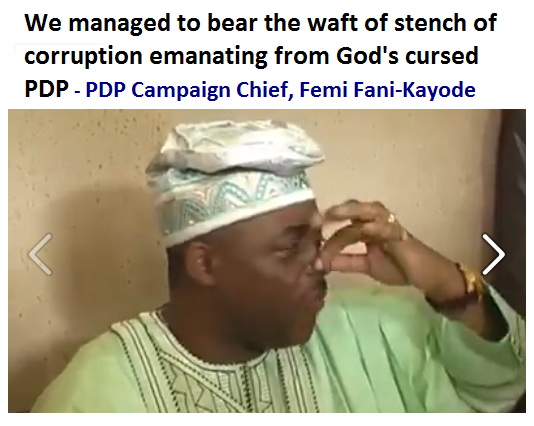 A former Minister of Aviation, Chief Femi Fani-Kayode, has said that the shooting that took place in Port Harcourt, Rivers State, during the rally organised by the Save Rivers Movement, a mobilisation group of the All Progressives Congress, is an indication that President Goodluck Jonathan is leading Nigeria to hell.

He, however, said that the President must know that no amount of intimidation would silence the voice of opposition in the country.