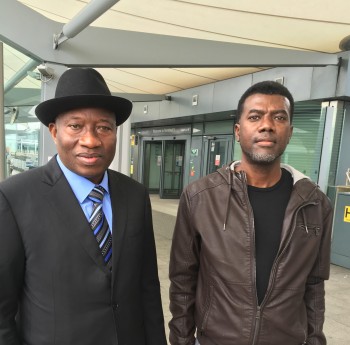 After a brief visit believed to be connected to desperate discussions on the ravaging Niger Delta Avengers terrorist group, former President of Nigeria Goodluck Jonathan has returned to living outside Nigeria’s shores.

Vanguard reports that Jonathan has quickly fled to the UK to “give some talks.”

Nigerian authorities can not avoid bringing in the President for questioning on the gross misappropriation of funds and frank looting of billions of dollars from the nation’s treasury.

Sources say the question is not if but when the former president will be arrested.