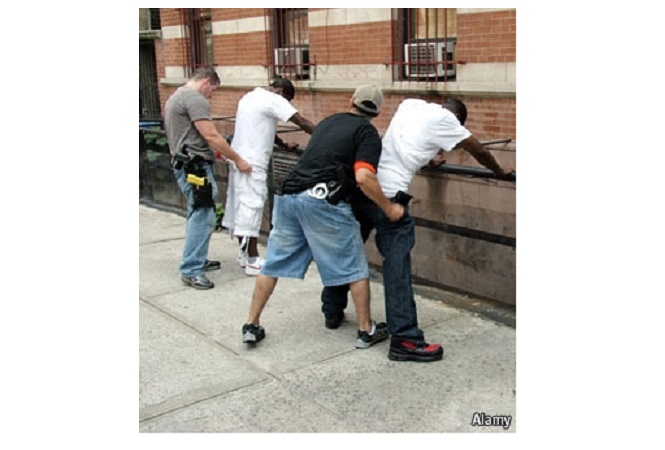 Bloomberg said the tactic, which allows cops to search anyone regardless of whether they believe a crime has been committed, is “an important part of [the NYPD’s] record of success.”

During a press conference today the three-term mayor also criticized U.S. District Judge Shira Sheindlin for allegedly being biased against police, saying she has “made it clear she was not interested in the crime reductions” and that she “ignored the real world realities of crime.”

Bloomberg’s comments came hours after Sheindlin filed her ruling, spiked with dramatic flourishes, that deemed stop-and-frisk unconstitutional, saying the policy unfairly targeted blacks and Hispanics. Sheindlin ruled that the policy could continue, but only under strong new restrictions.

Bloomberg grew visibly angrier and more impatient as the press conference went on today, finally shutting down questions by saying the ruling is “a very dangerous decision made by a judge that, I think, does not understand how policing works.”

In her ruling, Scheindlin acknowledged that the goal of deterring crime may be “laudable,” but said, “Many police practices may be useful for fighting crime — preventive detention or coerced confessions, for example — but because they are unconstitutional they cannot be used, no matter how effective.”

In a 198-page ruling, the judge said the “case is about whether the city has a policy or custom of violating the Constitution by making unlawful stops and conducting unlawful frisks… The city’s highest officials have turned a blind eye to the evidence that officers are conducting stops in a racially discriminatory manner.” Judge Rules NYC’s ‘Stop-And-Frisk’ Targeting Blacks and Hispanics Unconstitutional

She also dismissed the Bloomberg administration’s argument that cops simply do more stop-and-frisks in minority areas because that’s where crime is highest.

“Both statistical and anecdotal evidence showed that minorities are indeed treated differently than whites,” the judge said, ordering that the stop-and-frisk may continue only with the oversight of a federal monitor.

In addition to the monitor, Scheindlin said she will order “various remedies” including a trial program requiring the use of “body-worn cameras” in one precinct per borough and “community-based joint remedial process.”

“The stark reality is that a crime happens in communities of color,” Kelly told “Nightline” Anchor Bill Weir. Black and Hispanic residents “are being disproportionately victimized.” Read full