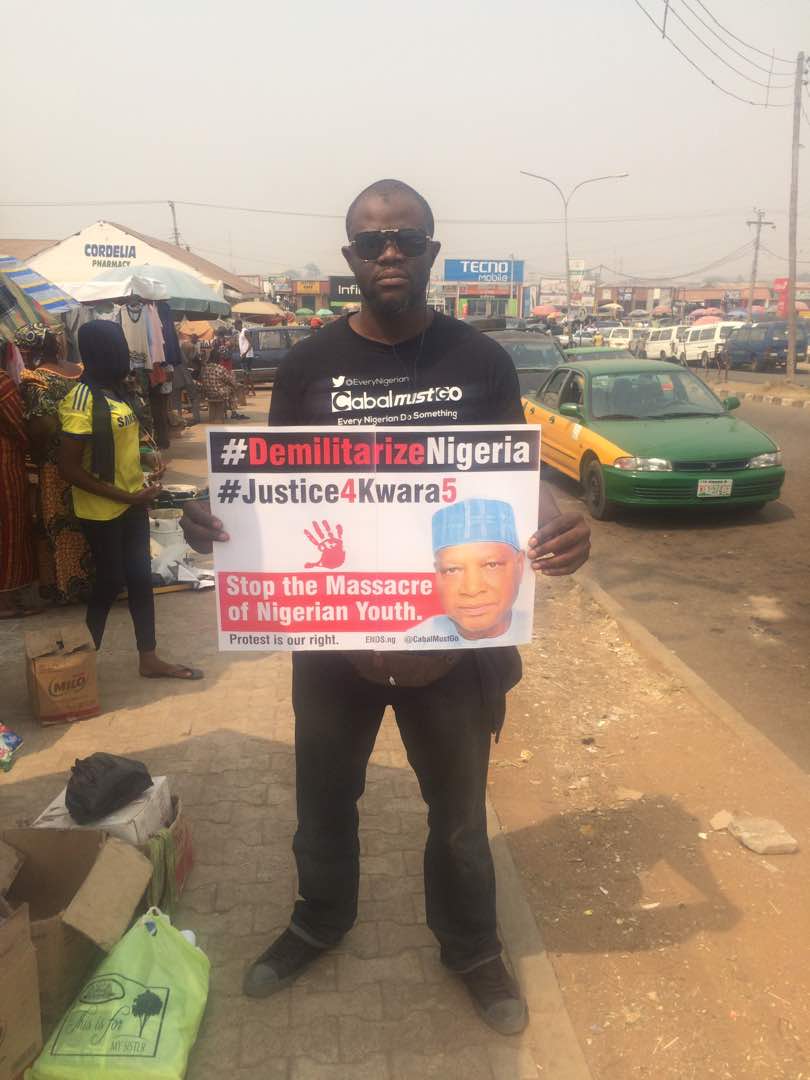 There were protests in Ilorin Monday over the alleged killings last November of three youth and injury of two others by soldiers attached to Lafiagi senator Shaaba Lafiagi. The protests were staged from Challenge bus stop to the government house and governor’s office.

Dr Perry Brimah, Buhari Ahmed and Bello Ola of the Cabal Must Go movement were among those who protested, demanding the government and police rapidly fulfill their obligation to bring the perpetrators to justice. There has since been silence on the case and neither the soldiers involved nor the senator appears on probe or suspension at the very least.

While on fact finding mission in Ilorin, Dr Brimah was informed that Senate president Bukola Saraki and the implicated Senator Shaba Lafiagi had invited the families of the victims to Ilorin and paid them blood money so as to let the soldiers and senator escape justice. 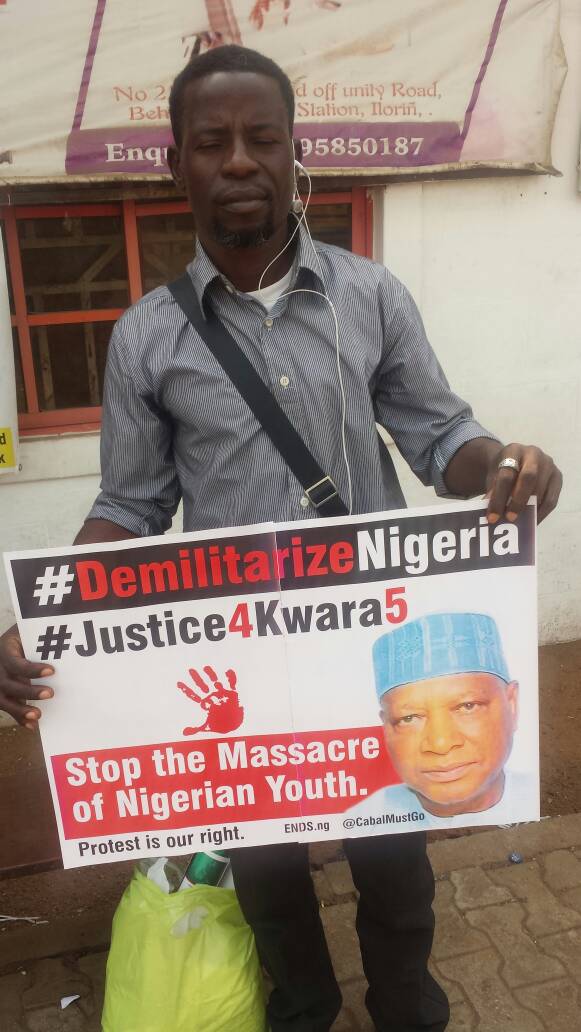 The phenomenon of government officials paying off murder victims to distort justice is becoming quite common in Nigeria. The release of the arrested suspects in the murder of an Igbo lady trader, Bridget in Kano by the state Attorney General was said to be after similar payments were made to the family by the state government with the suspected murderers being set loose.

Dr Brimah later met with the police commissioner to plead for the conclusion of investigations into the kidnap and assault of Buhari Ahmed who was abducted and tortured in APC office in Ilorin by terrorists and thugs loyal to and supported by the Senate president as indicated in statements from his aides, and to rapidly ensure justice for the 5 victims of Senator Lafiafi and the Nigerian army.