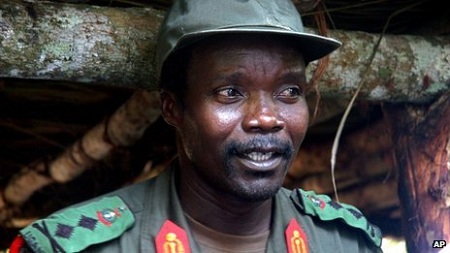 Justifying the Kony Wars: Targeted Manufacture and Use of Synthetic Evidence

If Joseph Kony should earn the distinguished award of ‘bogeyman of the year’ and receive a chance to walk a distance in the footsteps of Osama Bin Laden, it is certainly not for his significance as an ‘evildoer.’ There is no doubt Kony has a long history of war crimes including genocide and systematic abductions of minors, but that means little in a region where such record usually makes one head of state. His serious misdeeds aside, the reason for Kony’s eventual downfall may be summed up one day as the result of his poor accomplishments at media relations. His story as it became ingrained in the public perception serves, but also justifies, special interests of various stakeholders ranging from news media concerns to NGOs, governments, and the military.

The name of Joseph Kony became known in the West in early 2012 thanks to a free video posted on YouTube called ‘Kony 2012.’[1] The ‘Kony 2012’ campaign quickly became the most viral phenomenon in the history of social media:[2] approximating 90 million views on YouTube that were leveraged by popular response on Twitter and Facebook,[3] the video caused a sudden spark of interest in the news and a massive following among the youth and celebrities of North America, but also across Europe, Australia, and indeed around the world.[4] This quite unexpected success of a little-known Californian charity, Invisible Children, stirred a controversy usually associated only with much higher media exposure. Objections to it[5] ranged from the intransparent and unclear use of revenue generated by Invisible Children to its crass oversimplification of the Ugandan conflict for Western consumption, and also included charges of irresponsible advocacy.[6] Read entire article…