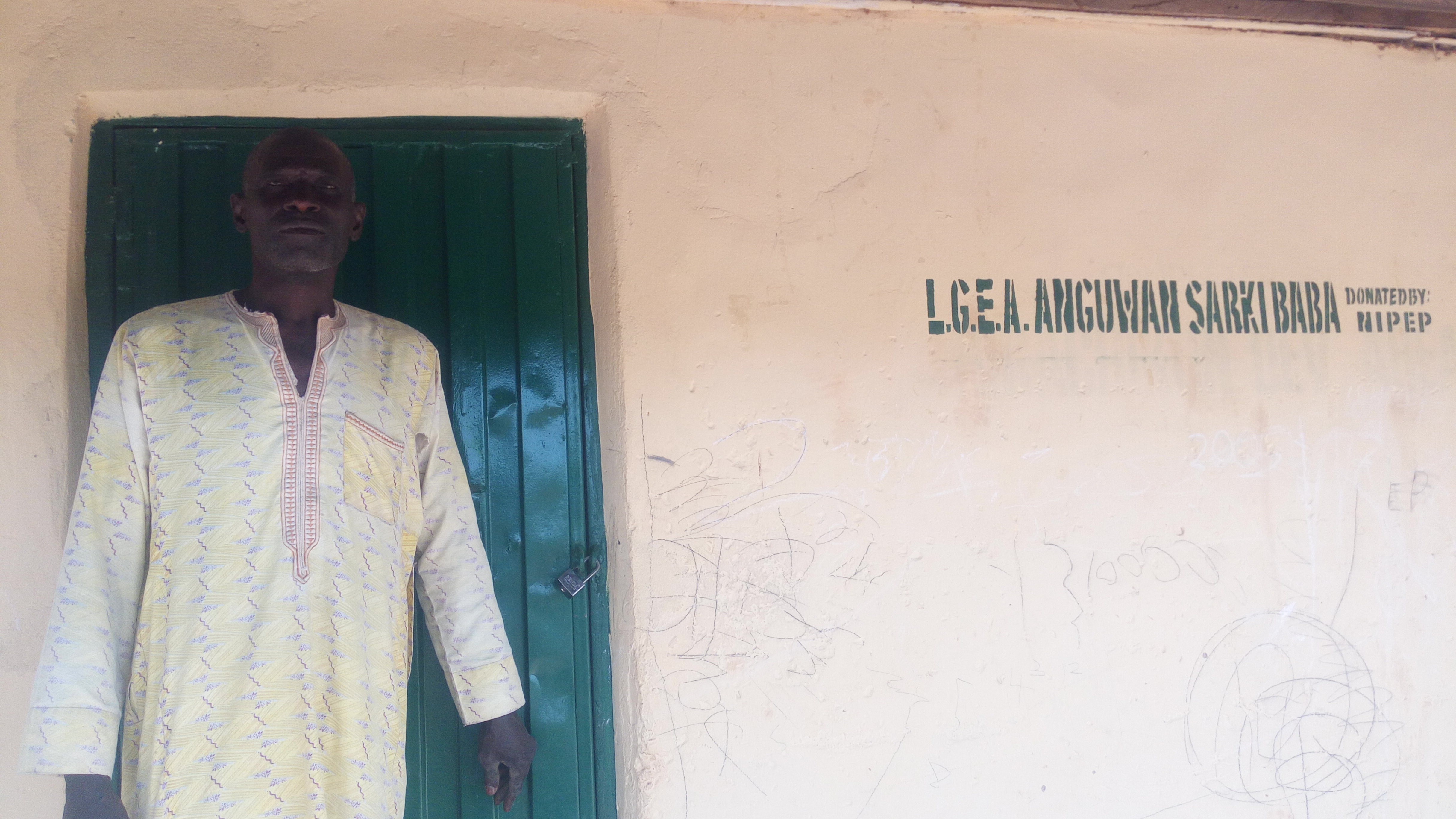 The name of the community is called Unguwan-sarki-Baba,and its situated in Rigachikun, Igabi local government, Kaduna state north-western Nigeria.

The community has been in existence for over 200 years, as most of her fellow hero’s has fought for both the first world-war and the second, and also participated in Nigerian Civil war, commonly known as the Biafran War (6 July 1967 – 15 January 1970).

There are over 400 settlers which are predominantly Gwagi by tribe ,and they  defend on farming in both during raining  and dry season,but the Lack of social amenities in the area has been the greatest challenges facing  all forms of development ,including socio-Economics,political  and other activities ,and it was as a result of the serious  set-back , that disturbed the community due to lack of education among its little children.

The community  finally decided to team-up and Build their own school for their children in the village,so that they can have a brighter feature in years to come.

Indeed , bad Road is one of the greatest challenges most of the habitant in the villages complaint up,and the distance between the village to town is almost 20 kilometre.

The means of transportation are motor-cycle,Heavy truck, Bicycle ,Animals,while other used wheel Barrow for transporting food stuff and other items in the environment.

Mr Dan Ladi Baba, age 63 , is the younger brother of the village head in the area, and he told some journalist that visited them that, lack of school in the community force them to construct 5 classroom with local sand,so as to help their children fight against illiteracy in the village.

Danladi Told news men that,the village head gathered all the residents in the village and task each and every  parents in the community to donate his own contribution in cash or in kind to build this structure “every one contributed money and effort  in building this school, because we are tired  of seeing our children always at home with out going to school,we want them to be educated like the children living in the cities,so that they too can be educated and be good feature leaders of Tomorrow.”

Adding that Illiteracy is really a disease, and that is they we team-up with every member of the community to fight it in their village.

The 5 room classes  was constructed with local blocks which are made –up of sand,grass, storms  and mixed with other local constructing materials in other to make it look strong, so that it can last for Hundreds of years.

Danladi  says, “immediately after we  finished constructing the building, we then wrote a letter to the District Head of Rigachikum, on the need to provide teachers for the newly constructed school,and since then,we never lack school teachers in the school.”

This is only school in the villages, that accommodate large number of students include other children from the   neighboring communities, but lack of secondary school in the area is another great problems that is disturbing the entire residents in the community.

“Because of the effort we did in building the school,  government painted it for us,and we are very happy for that,but we still need more classes for children, and there is need to build toilet,library and build a pence for the school.”

Apart from educational set-back, another great problems that is  disturbing the resident in the area is lack of Good road and water,and electricity.

Majority of the rural dwellers here find it extremely difficult in transporting their farm produce from the village to the cities.

Amos Sarki is one of the youth leader in the village, and he is a farmer,he told journalist that “the highest degree in education in the community is to finished primary 6, and go back to farm, but even when we cultivate our farm product, we find it difficult to export it to town.”

Amos says, Both state and federal government has to find mean of introducing Entrepreneurships programs for the village youth, so as to engage them in creative activities apart from depending totally farming, adding that there is the need for government at all level to be remembering the youth residing in Ghetto and villages.

Also responding on behalf of the women leader in the village mrs lady Dauda, appealed to state government on the need to construct borehole for the villagers, so as to reduce the danger of drinking bad water which are really harmful.

Ladi pointed out that due to drinking bad water,there children has been facing series of different  sickness.

She concluded by calling on state government to find mean of reducing the high –rate of maternal maternity in the village through the creation of more Primary health care “PHC” in the villages across the 23 local Government area of Kaduna state,Also appealing to wealthy individual,Development partners,corporate organization, Non-governmental organization,Civil society’s organization, and Team of medical Doctors and Volunteers to be visiting the rural areas, so as the see the kind of live Nigerian villagers are experiencing.